Among pharmaceutical industry investors, Vertex Pharmaceuticals (NASDAQ:VRTX) is a broadly popular stock thanks to its impressive year-over-year quarterly earnings growth of 124.4% and its proven history of successful drug development efforts. But the stock's popularity may have driven its price up to the point where it is no longer a good bargain compared with the slightly smaller and less rapidly growing Biogen (NASDAQ:BIIB).

At first glance, however, Biogen doesn't look like a favorable investment. After all, Biogen's stock is down for the year because of a handful of difficult setbacks, whereas Vertex's has grown more than 25% so far. As it turns out, Biogen's true value lies in its larger drug-development pipeline as well as its operational efficiency, both of which have laid a strong foundation for the company to be more successful than Vertex in the long term. 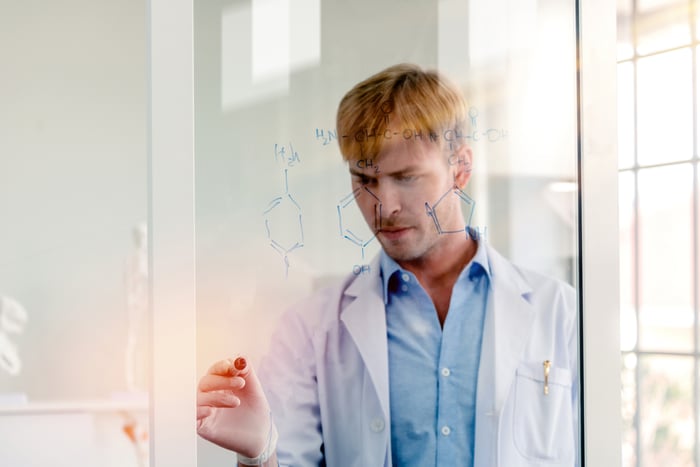 Biogen's profitability is key to understanding its value

For value investors, fundamental metrics are the basis for how much a stock is worth compared with how much the market is currently willing to pay for it. In this vein, Biogen has a profit margin of 40.8%, whereas Vertex's is only 31.4%. While this isn't a stark contrast, it does indicate that Biogen is a more efficiently run company than Vertex, especially when paired with Biogen's 44.6% return on equity, which is substantially higher than Vertex's 27%.

More importantly, despite having a smaller market cap of $42.9 billion compared with Vertex's $76.5 billion, Biogen brought in trailing 12-month revenues of $14.4 billion, while Vertex earned only $4.82 billion. These dramatically higher revenues will help Biogen to pay down its $6.37 billion in debt without impeding the tempo of its operations in the meantime -- something that Vertex may find difficult even though its debts total only $533 million. More importantly, Biogen's revenues allow it to acquire more competitors and larger competitors than Vertex, which it recently used to acquire Nightstar Therapeutics for $800 million in cash.

Biogen's revenue superiority also makes it a better value stock than Vertex across other metrics. Its trailing 12-month price-to-equity (PE) ratio is 8.2, much lower than Vertex's 49.2. Considering that the average trailing 12-month PE ratio of the biotechnology industry is 77.6, this may mean that both stocks are undervalued. However, between Biogen and Vertex, Biogen's earnings per share (EPS) have reached 32.4, whereas Vertex's EPS is significantly lower at 5.8.

In other words, Biogen is a significantly better bargain for investors because each share represents a much larger dollar quantity of earnings for the underlying company. Furthermore, Biogen's EPS increased by 13% over the most recent trailing 12-month period, suggesting that the company is becoming even more formidable.

In its drug-development pipeline, Biogen has six different programs in phase 3 trials. In contrast, Vertex has only one phase 3 program -- and that program is outlicensed, so the company won't derive many financial benefits from the drug's eventual commercialization. Biogen also has four more projects in phase 2 than Vertex, meaning that its product roster in the medium term will also be substantially larger. Thus, investors should expect Biogen to enter 2021 with at least several major new revenue sources, but there aren't grounds for a similar expectation with Vertex.

In summary, Biogen is a more innovative company than Vertex because it has a larger number of advanced pipeline projects despite being a smaller company overall. The most important thing to realize before investing in Biogen, however, is that it will likely take about a year before its underlying value translates into stock growth as a result of the timing of the drug-development cycle.