United Airlines (NASDAQ:UAL) said it is responding to an increase in customer demand by adding about 25,000 flights to its August schedule. The airline said it will be at an overall flight capacity of about 40% in August, compared with 2019 schedules. The domestic schedule represents about half of its 2019 August schedule, and it's at about 25% for international flights. This is an increase from the July schedule that represents about 30% of the year-ago levels.

The company said "customers are slowly returning to flying" and prefer "leisure destinations, trips to reunite with friends and family, and getaways to places that encourage social distancing." United said that the number of passengers measured at airport security checkpoints surpassed 25% of prepandemic levels for the first time this week. 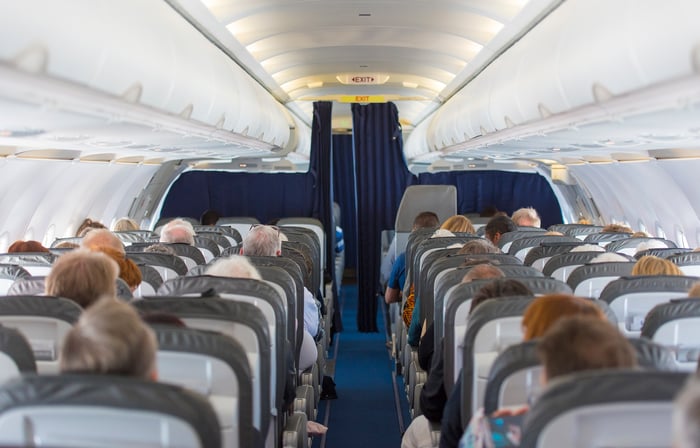 Airlines have added cleaning and safety protocols to encourage customers to feel comfortable about flying again. United has partnered with Clorox and the Cleveland Clinic for a new program called United CleanPlus. United, and other airlines, has also said that customers will not be allowed to fly without masks or face coverings. Passengers may be banned from future travel if they refuse to abide by the requirement.

The August flights are being added for destinations the airline says it knows people want to visit. These include outdoor recreation and national park destinations like Bangor, Maine, and Jackson Hole, Wyoming. It is also adding international flights, resuming service to destinations including Brussels, London, Shanghai and Seoul.

The airline says it's using a data-driven approach as it sees demand slowly increase. "We're building in enough capacity to stay ahead of the number of people traveling," said Ankit Gupta, United's vice president of domestic network planning.