Shares of fuel cell maker Bloom Energy (NYSE:BE) were down 9.2% as of 12:19 p.m. EDT on Wednesday, and were down as much as 12% in morning trading. Today's decline is a sharp reversal from yesterday, when the company's stock rocketed as much as 34% higher and closed up more than 31%.

Today's sell-off is not that unusual for a speculative stock like Bloom. The company made a big announcement over the weekend that drove yesterday's big gains, disclosing that it was partnering with Samsung Heavy Industries, one of the world's biggest shipbuilders, to develop ships powered by fuel cells.

There's a good reason this announcement sent Bloom Energy shares up sharply. According to the release, this partnership could result in 300 megawatts of new fuel cell shipments per year, almost as much as the 380 MW of fuel cells the company deployed in 2019. 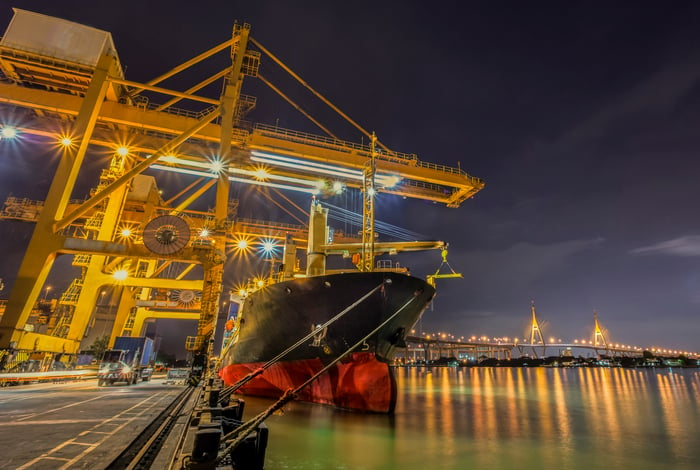 So why the sell-off? Probably a few reasons.

First, the companies say their goal is to market a fuel-cell-powered ship to customers by 2022. And it can take multiple years from the time a ship is ordered to delivery, meaning it could be many years before this partnership results in any meaningful revenue for Bloom Energy.

Second, Bloom is still unprofitable and has a long history of burning through cash. It's likely that some investors who enjoyed Tuesday's gains have chosen to sell and take profits.

Bloom Energy has continued to report large losses even as sales have grown, though its cash flows were trending in the right direction through the end of 2019 before turning negative to start 2020: 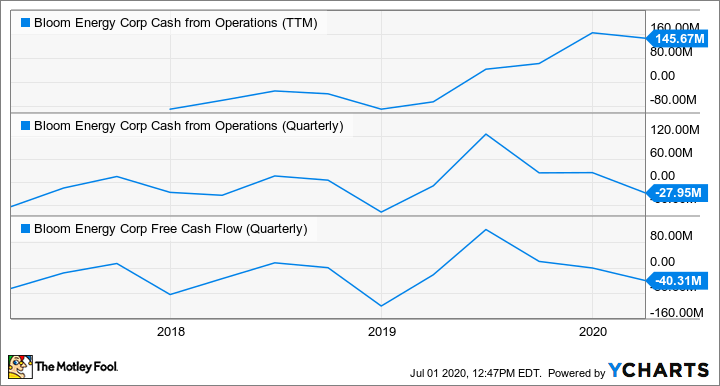 The reality is, this partnership may bode well for Bloom Energy in five years, but in the interim, the company needs to consistently prove it can generate enough cash to fund its expenses. After paying it down in 2019, the company's debt started creeping back up in the first quarter, while cash on the balance sheet fell $140 million over the prior year.

Put it all together, and Bloom's potential is counterbalanced by the risk that it continues to burn cash, and has to either issue debt or sell more stock to keep the lights on, like its peers Ballard Power Systems (NASDAQ:BLDP) and Plug Power (NASDAQ:PLUG) have over the past decade-plus: 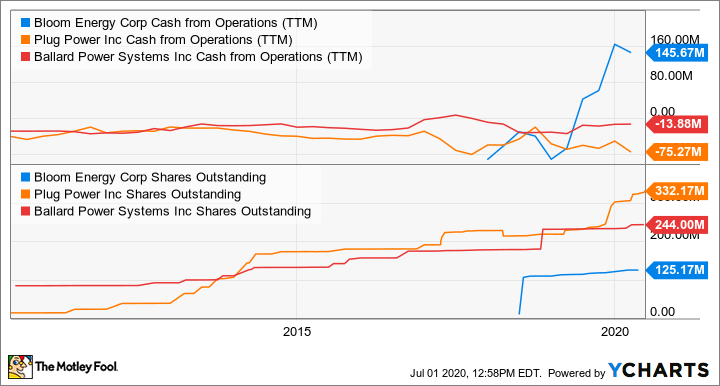 Simply put, the growth of fuel cells hasn't led to these being good growth stocks. Whether Bloom Energy can break the mold and prove profitable remains to be seen. But so far, the track record for this industry has not been good for investors.