Shares of Inovio Pharmaceuticals (NASDAQ:INO) were crashing 14.6% lower as of 10:55 a.m. EDT on Wednesday after falling as much as 20.7% earlier in the day. The drop stemmed from two factors. First, investors continued to be unimpressed by Inovio's lack of detail on Tuesday in its announcement of interim early-stage study results for COVID-19 vaccine candidate INO-4800. Second, the FDA issued an update on Tuesday that could mean no COVID-19 vaccine will be approved this year.

Inovio's valuation is based entirely on investors' expectations for the company's pipeline. Any hint of bad news is going to cause the biotech stock to sink. And both factors behind Inovio's decline today are hints of bad news to some. 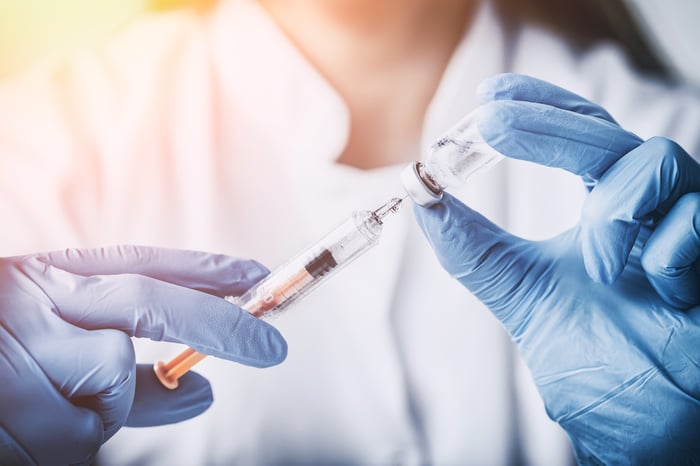 It's too early to know if investors overreacted to Inovio's update for its phase 1 study of INO-4800. The company didn't provide any information about the vaccine's production of neutralizing antibodies. That's concerning. The lack of details doesn't necessarily mean, though, that INO-4800 isn't effective at immunizing against the novel coronavirus.

The FDA's update shouldn't have come as a big surprise. FDA Commissioner Stephen Hahn reiterated that the agency will make its approval decisions about COVID-19 vaccines "based on science and the available data." But that's what the FDA is supposed to do.

Hahn said that the FDA "recognize[s] the urgent need to develop a safe and effective vaccine to prevent COVID-19." However, he added that the agency "will not cut corners in our decisions."

The primary thing for investors to watch now with Inovio is the biotech's pipeline progress. Inovio hopes to advance INO-4800 to a phase 2/3 clinical study after reviewing its phase 1 results with the FDA. The U.S. government's Operation Warp Speed is also funding a preclinical trial that includes INO-4800.