Please ensure Javascript is enabled for purposes of website accessibility
Log In Help Join The Motley Fool
Free Article Join Over 1 Million Premium Members And Get More In-Depth Stock Guidance and Research
By Howard Smith – Jul 2, 2020 at 11:15AM

JetBlue Airways (JBLU 8.28%), along with several other domestic airlines, made a commitment to maintain full employment through Sept. 30, 2020, by accepting federal aid under the Payroll Support Program portion of the CARES Act. Now the company has reached an agreement with its pilots to extend that commitment through April 2021, according to a report by CNBC.

A union memo sent to pilots said the agreement, "protects all JetBlue pilots from involuntary furlough -- under any circumstances -- until May 1, 2021," the report says. As of the end of 2019, the airline said it had 3,600 pilots out of its 21,000 employees. 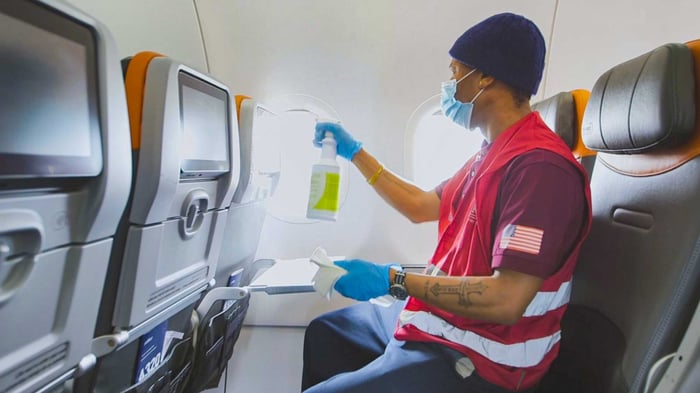 Airlines have been reporting an uptick in passenger traffic as economies have slowly reopened. Airlines have adopted new cleaning and safety protocols to attract customers back. JetBlue said in June that it was adding 30 new domestic routes intended to serve the leisure market, as people are starting to make plans to visit friends and relatives. Yesterday, United Airlines announced it was adding 25,000 flights back to its schedule for August, also identifying leisure travel as the source of some returning demand.

JetBlue accepted $936 million in CARES Act aid to keep paying its employees through September, as travel demand waned during the peak of the COVID-19 pandemic. With the latest agreement with its pilot union extending that through April 2021, a union memo stated, "In this environment, this is the highest level of codified pilot protection in our industry to date," CNBC reports.