Please ensure Javascript is enabled for purposes of website accessibility
Log In Help Join The Motley Fool
Free Article Join Over 1 Million Premium Members And Get More In-Depth Stock Guidance and Research
By Lou Whiteman – Jul 2, 2020 at 10:06AM

The funds are available as part of the CARES Act stimulus plan.

The U.S. Treasury said Thursday it has finalized loan terms with five airlines, part of the nearly $50 billion in assistance offered to the industry as part of the CARES Act stimulus plan.

Treasury has reached deals with American Airlines Group (AAL 0.56%), Spirit Airlines (SAVE 0.09%), Hawaiian Holdings (HA 0.65%), SkyWest (SKYW 1.80%), and Frontier Airlines. The terms on each loan were not disclosed, but will be discussed once the funding is finalized. 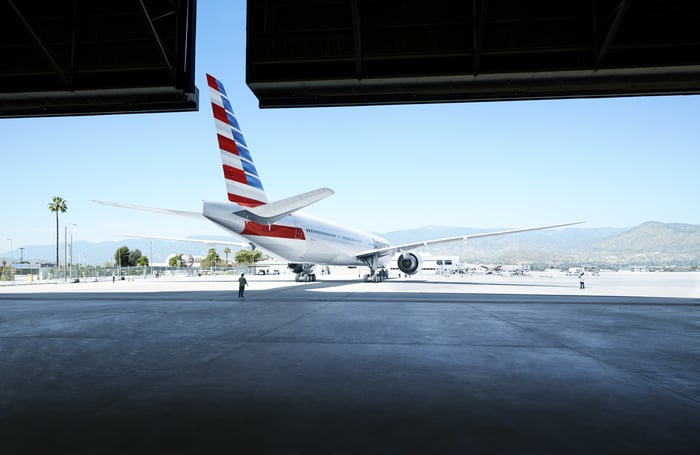 Other carriers including Delta Air Lines have said they could eventually participate in the program, but American in particular has been vocal for months, saying it intends to tap the government for funding. American has the highest debt load among major airlines, and management has said in recent months it considers the Treasury program to be one of the most cost-effective ways to raise cash.

"We are pleased that major air carriers intend to use this important program and for Treasury to use its authority under the CARES Act to provide much-needed financial assistance, while ensuring appropriate taxpayer compensation," Treasury Secretary Steven T. Mnuchin said in a statement. "Conversations with other airlines continue, and we look forward to finalizing agreements as soon as possible."

Elsewhere, other airlines continue to tap private markets for funds. Alaska Air Group (ALK 1.21%) said Thursday it has secured nearly $1.2 billion in new loans backed by 61 of its owned aircraft. About $966 million of the debt will be repaid by 2027, with the rest due by 2025.