Shares of IT monitoring software company Datadog (DDOG 7.06%) surged 22% in June, according to data from S&P Global Market Intelligence. The June performance was all the more impressive considering it came on the heels of a 58% gain during the month of May.

Momentum continued for Datadog, as its positive May earnings report was followed by several customer wins announced in June. These included not only the largest cloud platform on earth, Amazon.com's (AMZN 1.83%) Amazon Web Services (AWS), but also the U.S. government. Not too shabby. 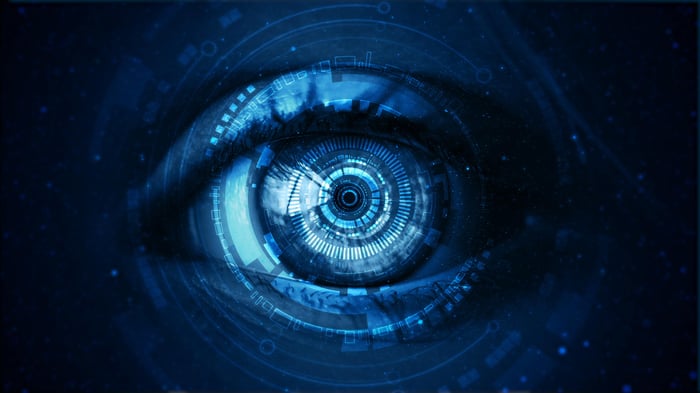 In mid-June, Datadog announced a support for the Elastic File System run on the AWS Lambda platform. Lambda allows cloud-based applications to automatically respond to incoming information without developers having to write any new code.

The integration of Datadog's real-time application monitoring with the world's largest cloud-infrastructure platform is another vote of confidence in Datadog, which one Amazon executive called their customers' "preferred monitoring tool."

If AWS wasn't a big enough customer win, Datadog subsequently announced it had achieved FedRAMP authorization, which clears Datadog for use by U.S. federal government departments and agencies.

Racking up certifications and authorizations from some of the world's largest IT monitoring environments was enough to push Datadog stock higher in June, even after the stellar May run.

Datadog is riding high, and its stock is very, very expensive at a whopping 63 times sales. (Not earnings: sales!) That makes the stock vulnerable to big pullbacks, should anything interrupt its growth trajectory, or if the software-as-a-service sector moves downward as it did last September.

Nevertheless, there's no denying Datadog's strong 87% revenue growth last quarter. With these new integrations and certifications in hand, look for continued strong results from the app-monitoring company. It's certainly a name to keep on your tech watch list in case of any pullbacks.

Why I'm Confident in This Fantastic SaaS Stock
401%