Mark Cuban knows a thing or two about what businesses are likely to succeed. He made billions of dollars from the sale of Broadcast.com, a company he co-founded and led. Cuban owns the Dallas Mavericks, the ninth-most-valuable NBA team. He's also a "shark" on the popular ABC TV show Shark Tank. The gig has resulted in Cuban investing in dozens of small companies.

You might not be one of the trillionaires that Cuban believes are on the way. However, you can still make a lot of money by investing in AI. Here are three great AI stocks you can buy right now. 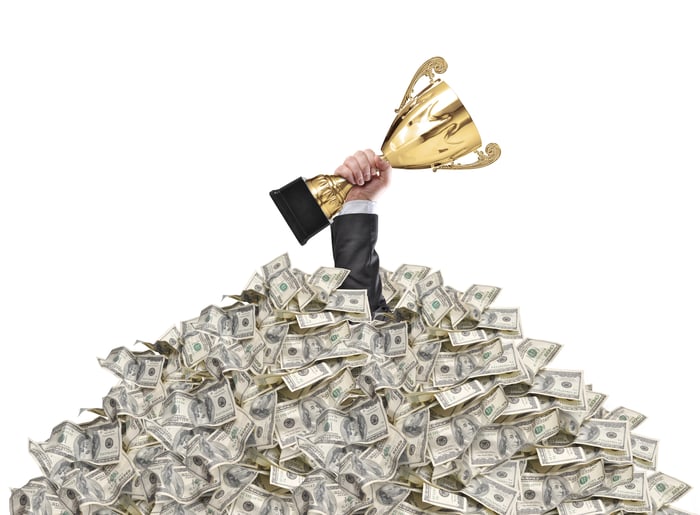 Alphabet (NASDAQ:GOOG) (NASDAQ:GOOGL) is best-known for its popular apps and websites, including Google Search and YouTube. But the company ranks as one of the top leaders in AI on several fronts.

Google Cloud is one of Alphabet's fastest-growing businesses. The cloud-hosting unit offers an AI platform that enables customers to quickly develop powerful AI applications. Consulting firm McKinsey projects that companies that incorporate AI could double their cash flow over the next decade. Google Cloud's AI platform should help many of them achieve that goal.

Self-driving car technology business Waymo could be a sleeping giant for Alphabet. A recent capital raise pegged Waymo's value at around $30 billion. The business could be worth a lot more than that in the not-too-distant future. Waymo is establishing partnerships to expand the use of its self-driving technology in ride-hailing and delivery businesses. These moves should enable the unit to grow more rapidly than it could on its own.

But the Alphabet unit that's perhaps most likely to fulfill Mark Cuban's vision of AI being applied "in ways we've never thought of" is DeepMind. Alphabet acquired the AI company in 2014. DeepMind has developed AI applications that are helping scientists better understand proteins -- which could lead to the discovery of treatments for genetic diseases. Its technology can identify over 50 eye diseases as accurately as experts. DeepMind's AI systems have also helped reduce Google's data center energy costs by around 30%.

NVIDIA's technology is used by all of the major cloud computing providers, including Google Cloud and industry leader Amazon Web Services. The company recently introduced new software that should cement its position at the center of the cloud AI universe -- Merlin for building predictive personal assistants and Jarvis for building conversational AI apps.

The acquisition of Mellanox earlier this year puts NVIDIA in an even stronger position in meeting the AI needs of its cloud data center customers. Bundling Mellanox's high-speed networking technology with its own GPUs should provide the processing speed that organizations need to run their AI applications on the cloud.

NVIDIA also has great expectations for the self-driving car market. The company rolled out its first AI products for self-driving cars in 2016. By 2025, NVIDIA estimates that the total addressable market for its autonomous vehicle solutions will reach $25 billion.

Livongo Health (NASDAQ:LVGO) might be the most surprising stock on the list. It's not nearly as well-known as Alphabet and NVIDIA. But Livongo is doing just what Mark Cuban described by applying AI in new ways.

AI is at the heart of Livongo's platform. Livongo's AI engine processes data from connected devices such as glucometers and third parties such as labs. It then provides personalized "health nudges" to encourage individuals to take actions that lead to better health outcomes and lower costs.

Alphabet already claims a $1 trillion market cap. NVIDIA is worth more than $230 billion. But Livongo Health's market cap is still only around $7 billion. With an addressable U.S. market of nearly $47 billion in diabetes and hypertension management, this AI-powered stock should be a huge winner over the long run.