Microsoft (MSFT 2.10%) recently announced that it will permanently close all of its brick-and-mortar Microsoft Stores worldwide. It will also convert its four stores in New York City, London, Sydney, and Redmond, Washington into "Experience Centers" that showcase its products instead of selling them.

The closures were reportedly planned last year, according to The Verge, but significantly accelerated by the COVID-19 pandemic. The company already shuttered all its "Specialty Store" mall kiosks last year. In a press release, Microsoft VP David Porter noted that the tech giant's "product portfolio has evolved to largely digital offerings, and our talented team has proven success serving customers beyond any physical location." 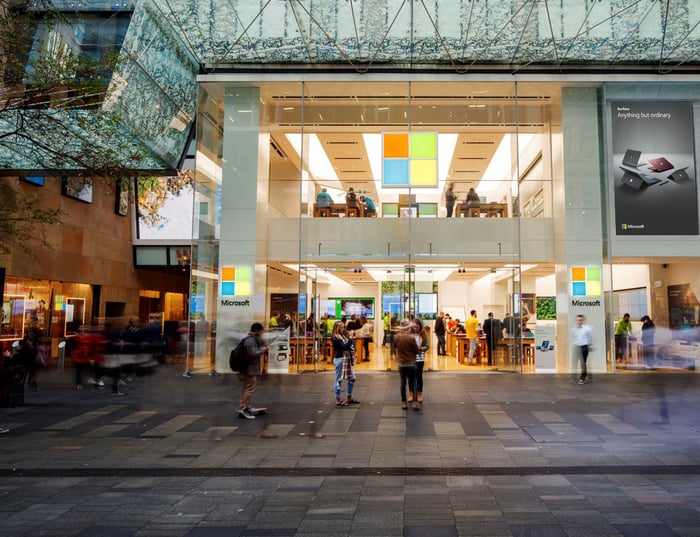 Microsoft stated that it wouldn't lay off any staff as part of the reorganization, and that it would continue paying its retail employees as they transferred to remote sales, training, and support positions. It also said it would "continue to invest in its digital storefronts" to reach over 1.2 billion people monthly in 190 markets.

Let's see how this strategic shift will impact Microsoft, and why it has failed to replicate Apple's (AAPL 0.90%) success in brick-and-mortar retail over the past decade.

Will these closures dent Microsoft's earnings?

Prior to the pandemic, Microsoft operated 72 stores in the U.S., seven stores in Canada, and one each in Puerto Rico, the U.K., and Australia. Microsoft doesn't separately disclose its sales from those retail stores.

However, Microsoft expects the closures of its stores to result in a pre-tax charge of $450 million, or $0.05 per share, in its fiscal fourth quarter, which ends on June 30. Those charges will primarily include asset write-offs and impairments.

Back in April, Microsoft guided for 6% to 9% year-over-year revenue growth in the fourth quarter, but didn't provide any earnings guidance. Analysts expect its revenue to rise 8% to $36.5 billion, but for its non-GAAP earnings to grow less than 1% to $1.38 per share.

Microsoft's write-offs and impairments will be excluded from its non-GAAP earnings, so the store closures alone wouldn't cause it to miss analysts' expectations. However, they'll still take a bite out of its GAAP earnings, which hit $1.71 per share in the year-ago quarter. 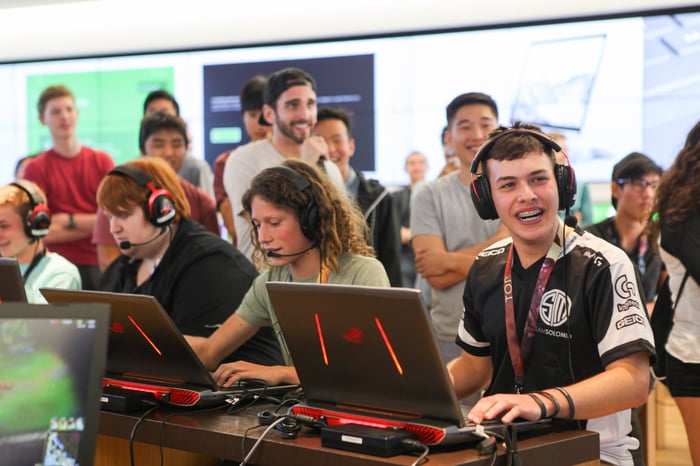 The brand appeal of Apple's products over the past decade -- including the iMac, iPod, iPhone, and iPad -- turned Apple's retail stores into major attractions in otherwise struggling malls. Apple has also consistently generated higher sales per square foot than any other American retailer in recent years.

Apple's stores were so popular that malls granted them sweetheart deals to move in. Back in 2015, Green Street Advisors claimed that Apple paid less than 2% of its sales to malls, compared to an average cut of 15% for other typical tenants. Microsoft, whose stores lacked Apple's brand appeal, likely couldn't generate comparable sales or secure similar deals with malls.

Microsoft's hardware business has improved significantly in recent years under CEO Satya Nadella, with new Surface devices and Xbox consoles attracting new buyers. However, these products were also widely available at other retailers, and Microsoft's store-based community events arguably couldn't solidify its stores as "hangouts" as Apple did with its Genius Bar and free classes.

The right decision, but a missed opportunity

Microsoft's decision was the right move, since there wasn't a reason to continue losing money on brick-and-mortar stores throughout the retail apocalypse and COVID-19 crisis when it sold all its products online.

The closures won't meaningfully impact Microsoft's long-term growth, but they mark a missed opportunity to follow Apple's lead in strengthening its brand with retail hangouts. They'll also reduce the number of places where Microsoft can showcase its new and upcoming hardware products.