Shares of Chinese search engine Baidu (NASDAQ:BIDU) rose 12.5% in June, according to data from S&P Global Market Intelligence. Shares got a one-two punch of good news around the middle of the month, as Baidu received an analyst upgrade on China's economic reopening. That was followed by reports that another large company might be willing to buy out Baidu's controlling stake in video streaming company iQiyi (NASDAQ:IQ). 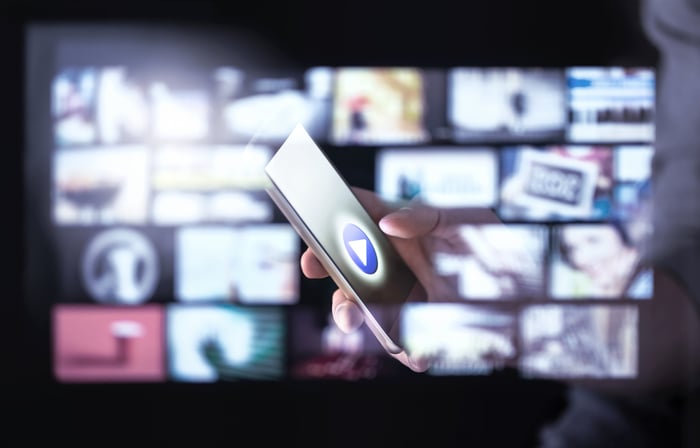 In mid-June, Mizuho analyst James Lee reiterated a "buy" rating on Baidu shares, giving the company a $175 price target, well above the $123 share price today -- even after June's surge. Lee believes China's reopening will bring back advertising revenue growth to Baidu's platform. Lee's research indicates internal improvements at Baidu has allowed it to gain market share over the past year, and that a subsequent return to ad revenue growth will occur in the back half of 2020.

The good news was compounded by rumors that large rival Tencent Holdings (OTC:TCEHY) is circling iQiyi as a possible acquisition. Baidu currently owns a 56.2% economic stake in iQiyi but also commands 92.7% of the voting power. While it's possible Tencent could buy 100% of iQiyi, a deal might also leave Baidu with a minority stake in the combined entity, which could become much more profitable if combined with Tencent video.

Unlike several of its Chinese internet rivals, Baidu hasn't yet eclipsed its pre-pandemic highs, and it's one of the cheaper stocks in the large-cap Chinese internet space. Yet with a healthy balance sheet, a stock buyback program under way, and continued investment in new technologies such as AI and cloud services, Baidu may be especially intriguing to value investors. That's assuming Baidu can get back to ad revenue growth, and if the loss-making iQiyi division is taken off its hands.