The U.S. experienced a record number of new COVID-19 cases in early July, according to the Centers for Disease Control and Prevention (CDC), indicating that a second wave of the pandemic is on the way or already here.

Millions of people still haven't recovered financially from the first wave of the coronavirus pandemic, with nearly 1.5 million Americans filing for unemployment benefits during the last week of June, according to the Department of Labor. For those who are unemployed or whose jobs are at risk, a second stimulus check could go a long way.

While it will likely be a few more weeks before Congress decides whether to send out another round of stimulus checks, there has been a lot of speculation surrounding the debate. A second wave of COVID-19, however, could have a serious impact on the government's decision. 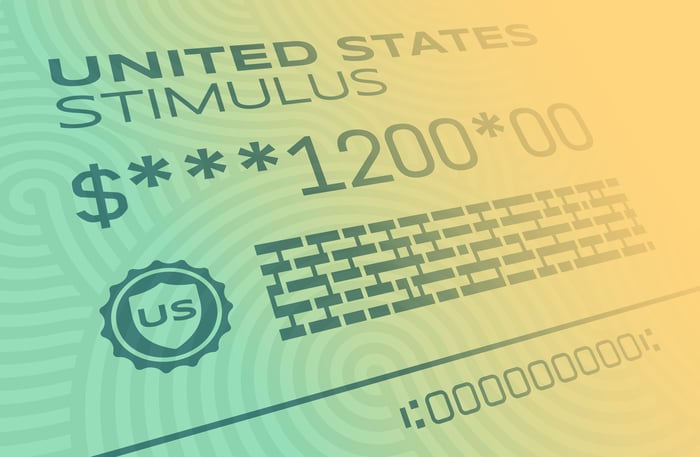 The case against stimulus checks

Although the House of Representatives already passed the HEROES Act, which includes another round of $1,200 stimulus checks, the Senate is unlikely to support the legislation and is drafting its own stimulus package.

Senate Majority Leader Mitch McConnell has already stated that any future coronavirus stimulus package will be smaller than the $2 trillion CARES Act, meaning there may not be room in the budget for a second round of stimulus checks.

In addition, some Senate Republicans are proposing a back-to-work bonus to encourage unemployed workers to return to work even if they're receiving more money in unemployment benefits. If the back-to-work incentive plan gains support, Congress could be less likely to pass a stimulus check as well.

Finally, with many cities across the country allowing businesses to reopen, some Americans have started going back to work. The unemployment rate dropped from roughly 15% in April to just over 11% in June, according to the Bureau of Labor Statistics, which appears promising. The stock market has also experienced an impressive recovery over the last few weeks, leading some people to believe the economy is back on the right track.

For those reasons, Congress could decide that a second stimulus check is unnecessary. However, a second wave of COVID-19 could be a game-changer.

As businesses reopen and Americans go back to work, the number of coronavirus cases nationwide has spiked dramatically. Throughout the month of April, there were roughly 30,000 new COVID-19 infections each day across the country, according to the CDC. In the first few days of July, there have been more than 50,000 new cases per day.

If a second wave slams the country, there could be a domino-effect of consequences. Newly reopened businesses could be forced to close their doors yet again, which could trigger another round of mass layoffs. That could then result in another stock market crash, and the nation could slump deeper into a recession.

Another wave of COVID-19 could make a second stimulus check more likely, however. If millions more Americans lose their jobs, a stimulus check could be more crucial than ever. And if businesses are forced to close, Congress could decide to scrap the back-to-work bonus and allocate that money toward stimulus checks instead.

When could a second stimulus check arrive?

The Senate is currently debating what the next coronavirus stimulus package should look like, and they likely won't decide anything until late July or even August. A lot could happen between now and then, so nobody knows whether more stimulus money is coming or not. Although in recent weeks a second stimulus check may not have looked likely, it could be more promising now.