Thus far in 2020, Quidel stock has tripled, while the broader market has returned negative 1.7%. 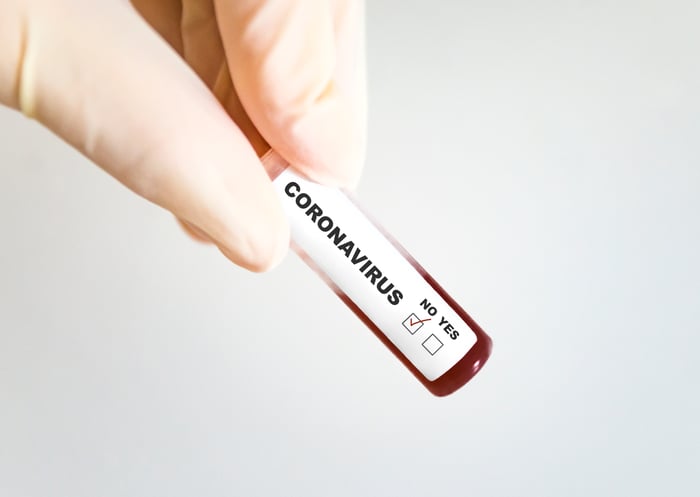 We can attribute Quidel stock's strong performance last month to continued investor enthusiasm about the sales prospects for the company's existing rapid COVID-19 tests, along with specific news that it released on June 11.

On that date, Quidel announced that it had received funding from the Biomedical Advanced Research and Development Authority (BARDA), part of the U.S. Department of Health and Human Services, to "support the development of a point-of-care diagnostic assay that potentially tests for four respiratory viruses." One of the four is SARS-CoV-2, the virus that causes COVID-19. The other three are influenza A, influenza B, and respiratory syncytial virus (RSV).

Quidel's BARDA funding, which totals about $635,000, began on May 29 and will run through April 2021. The "goal of the funding is to achieve an emergency use authorization (EUA) for the test by the U.S. Food and Drug Administration (FDA)," the company said in its press release.

Shares of Quidel rose more than 28% in the two-day period following the release of this news. 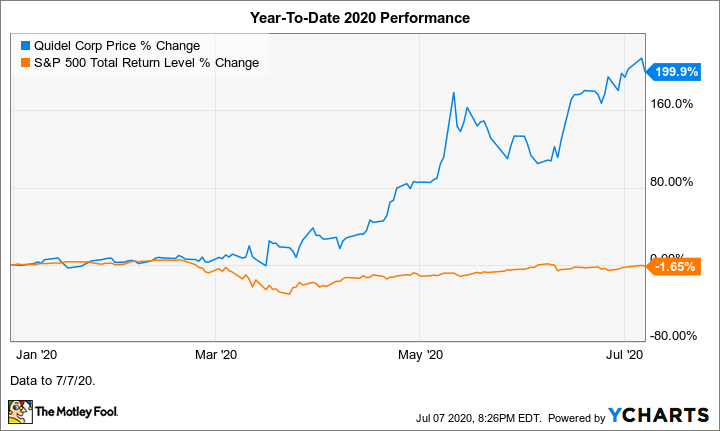 As I've previously outlined, Quidel stock has been on a tear since the company announced in mid-March that it had received an EUA from the FDA to market its Lyra SARS-CoV-2 Assay.

Investors shouldn't have long to wait for material news. While Quidel hasn't yet announced a date for the release of its second-quarter 2020 results, investors can probably expect the date to be at the end of this month.