Shares of videoconferencing superstar Zoom Video Communications (ZM -2.71%) are sagging in afternoon trading Tuesday, down a fraction of 1% -- but the news today isn't actually bad at all.

This morning, Zoom announced that it is adding a new business model, offering "hardware as a service," or "HaaS," giving its customers the opportunity to basically lease Zoom-branded desk phones, conference phones, and headsets (collectively described as "Zoom Phone") for use in video-less teleconferences, as well as Zoom Room equipment, which facilitate video conferencing with large screens, HD cameras, and interactive whiteboards. 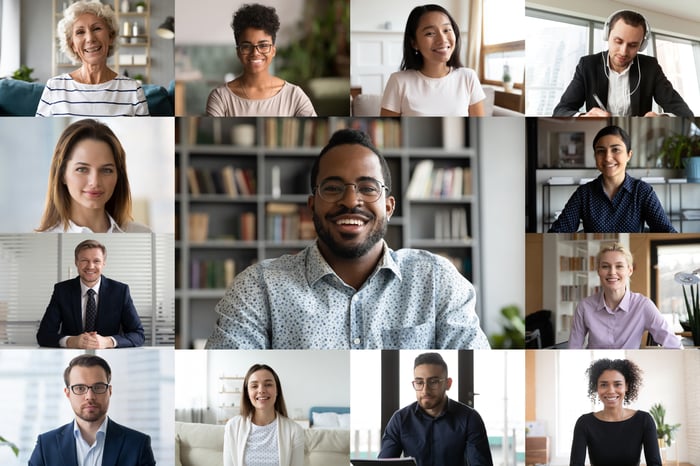 Aimed at "minimizing friction around hardware procurement," the tech company says its new HaaS offering will make it easier for customers to acquire access to "a variety of solutions from leading hardware manufacturers DTEN, Neat, Poly, and Yealink."

Zoom says it will offer HaaS leasing "at an affordable, fixed monthly price" -- although that price will vary with the type and amount of equipment desired. A Poly Studio X30 video bar, for example, which retails for $2,199, and a single personal Poly TC8 touch control video screen ($699 to purchase) can be bundled and leased for just $100 a month. A 55-inch flatscreen monitor, which costs $4,329 to buy, can be leased for $200 a month.

And hardware can be mixed and matched as "customers ... scale video conference rooms and phones with budget-friendly hardware options and simple technology upgrades."

Zoom will also permit customers to bundle payment for both leased HaaS hardware and also the Zoom software to run on it. Zoom will also provide tech support for operating the hardware.