The biotech industry has been red-hot lately, especially among those companies that are frantically searching for products to help in the fight against the COVID-19 pandemic. Shares of Inovio Pharmaceuticals (NASDAQ:INO) have vaulted higher as investors hope that the company will be able to develop a vaccine against the coronavirus.

Inovio's stock has been extremely volatile, and although it's up more than 550% so far in 2020, it's seen huge swings in both directions and has lost almost a third of its value in just over a week. With so much uncertainty about COVID-19, it's not surprising to see so many ups and downs in Inovio shares. Here, we'll look more closely at three things that those who are bullish about Inovio need to happen in the near future to justify the stock's huge gains. 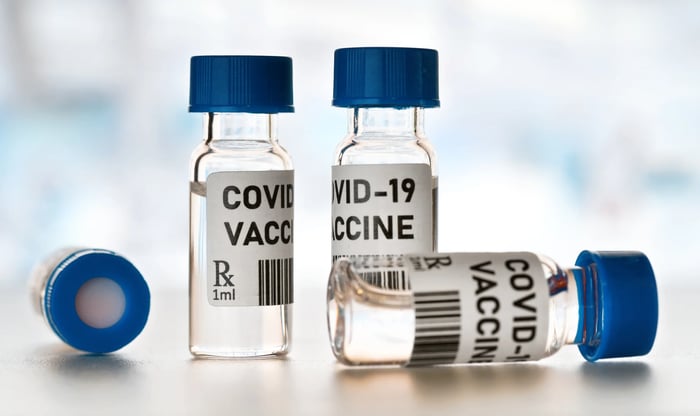 The most exciting thing that most investors see in Inovio is its INO-4800 vaccine candidate. The company started a phase 1 trial in early April to evaluate INO-4800, and the initial interim data from the trial was fairly positive. All but two of the 36 patients who participated in the trial showed an immune response within six weeks, and patients didn't have any major adverse reactions to the vaccine.

However, there are many different vaccine candidates going through testing right now, and investors want as much information as they can get. Missing from Inovio's interim data were indications of whether patients successfully developed defenses against COVID-19, such as antibodies or responses involving T-cells. With rival Moderna (NASDAQ:MRNA) having a vaccine that's already in phase 2 trials and is scheduled to move forward to phase 3 this month, investors need reassurance quickly that INO-4800 will be able to keep up.

2. Inovio needs not to do more stock offerings right now

It's common for small biotech companies to take advantage of big moves higher in their stock prices by selling stock in secondary offerings. Because most biotechs burn through cash at a steady rate, selling shares is a primary source of capital, but it dilutes investors who already own shares and potentially limits their upside.

Inovio has already recently turned to the markets for funding, reporting that it sold 43.1 million shares of stock in the first quarter of 2020 and raised $208 million. That's an average share price of just $4.83 per share, and with the stock currently above $20 per share, it's clear that Inovio was premature in selling to maximize value for current shareholders. With newer prospectus supplements giving the company further rights to sell stock, Inovio might seek to make a similar mistake -- even though it had $158 million in cash and $112 million more in short-term investments at the end of March. Stopping stock sales would indicate confidence that Inovio expects to get needed funding from actual sales of its products in the near future.

3. Inovio needs to use its Defense Department contract as a proof of concept for Cellectra

Another recent vote of confidence for Inovio came from the U.S. Department of Defense, which awarded a $71 million contract to the company for purchasing and boosting production of its Cellectra 3PSP and Cellectra 2000 lines of medical devices. The purpose of the Cellectra devices is to help deliver treatments like INO-4800 directly into the skin without an injection. They create temporary pores in the skin that allow DNA plasmids to enter the body directly into cells.

Inovio should be able to use its work on INO-4800 with the DoD to demonstrate the effectiveness of Cellectra in delivering DNA-based treatments effectively. That would be good news not just for COVID-19-related treatments but also theoretically for any DNA medicines that Inovio develops in the future.

The coronavirus pandemic is far from over, and Inovio has an opportunity to demonstrate its superiority over a number of other companies looking for solutions. If the biotech stock  can move forward in these three directions, then Inovio could go a long way toward justifying the bullishness of its investors.