On the surface, Nike (NYSE:NKE) and Planet Fitness (NYSE:PLNT) appear to have little in common other than a tie to the fitness industry. However, they have one key similarity. Both companies offered something new and different from established industries. Consequently, they have emerged as leaders in their respective niches.

The difference in this respect is that Nike is many years further down the path than Planet Fitness. Hence, in choosing between these two stocks, investors must decide whether to go with the decades-long track record of Nike or the relatively younger Planet Fitness.

Nike has grown from a modest athletic shoe company in Oregon to become one of the world's biggest names in athletic apparel and equipment. The brand, named after the Greek goddess of victory, has won over customers for decades with its shoes, accessories, equipment, and other items.

The company launched its IPO on Dec. 2, 1980. It debuted at $22 per share and has seen seven 2:1 stock splits since that time. Investors who bought 100 shares on that day and held it would now own 12,800 shares worth around $1.28 million. The stock also showed its resilience by remaining relevant amid changing trends. 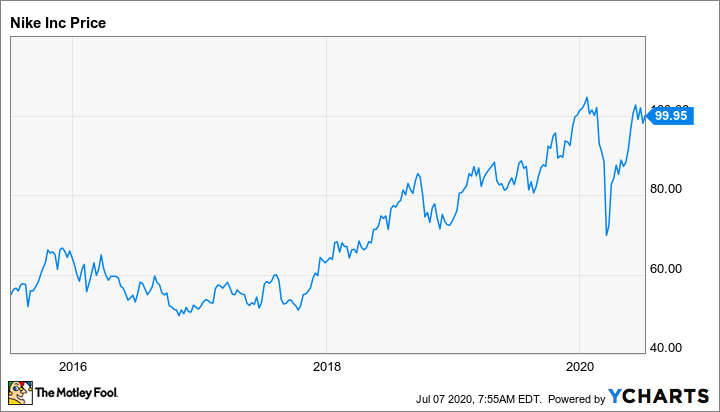 The question now is whether today's investors have a reason to buy. The stock trades at about 40 times forward earnings today. For the upcoming year, analysts forecast 44% earnings per share growth.

However, for the previous quarter, revenue fell by 38% from the same quarter last year amid the store closures brought about by COVID-19. Hence, most of that growth will involve recouping the losses from the coronavirus-induced shutdowns.

Moreover, the dividend has risen every year since 2007. Still, its annual payout of $0.98 per share yields just under 1%. This comes in well under the approximate 1.9% average for the S&P 500.

Nike now supports a market cap of approximately $155 billion. This does not mean it has run out of growth opportunities. Some see growth potential in women's apparel. The Jordan brand also remains vital years after Michael Jordan's retirement. Still, investors may not want to pay almost 40 times earnings for single-digit earnings growth. 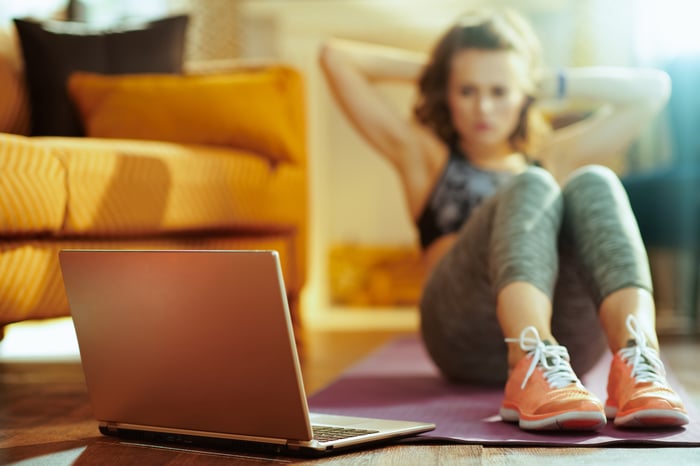 How does Planet Fitness stock compare?

Like Nike, Planet Fitness turned an established industry on its head. It offered "no-frills" gym memberships for as low as $10 per month, dramatically undercutting most of its peers. Today, it has grown to over 2,000 clubs in five countries.

Like Nike and many other consumer discretionary stocks, the pandemic hit Planet Fitness's top and bottom lines. In the most recent quarter, revenue fell by 14.5% year over year as net income dropped by 67.2%.

Nonetheless, it still earned a profit. Unlike 24 Hour Fitness, it will probably not have to declare bankruptcy. Moreover, the much lower cost of Planet Fitness could force peers to change if they want to remain competitive.

At a market cap of only around $5 billion, it remains a relatively small company despite its massive footprint. Furthermore, with same-store sales rising 9.8% despite the pandemic, it continues to attract new customers.

The worry appears to revolve around the stock itself. Thanks to falling earnings, the forward price-to-earnings (P/E) ratio rises to about 185, well over the current valuation of 51. The P/E ratio should fall once again as profitability returns to normal levels.

Moreover, the stock has shown some concerning signs. The stock price stagnated throughout 2019. It also took a hit when most stocks sold off in February and March. However, it did not see a recovery in subsequent months like many other stocks. With the elevated P/E ratio, investors have less incentive to bid the stock price higher, which only brings more uncertainty. 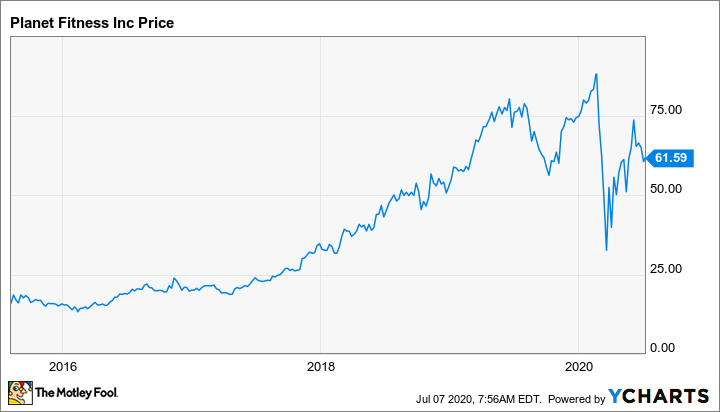 Although Nike should continue to grow long-term, I have to give the edge to Planet Fitness. For all of Nike's accolades, it operates in a highly competitive business. If a competitor produces a more appealing athletic shoe, Nike's profits will probably tumble.

Yes, Planet Fitness similarly faces intense competition. However, what it offers comes at a significantly lower price point than its peers. This fundamentally transforms its industry.

Furthermore, with its international expansion just beginning, worries about saturation in the U.S. become less of a concern. For these reasons, Planet Fitness should see higher growth percentages over time.