Men's clothing retailer Brooks Brothers is the latest apparel company to seek Chapter 11 protection in a string of retail failures due to COVID-19.

Brooks Brothers is the iconic American menswear maker that has been dressing U.S. presidents since its founding in 1818. It touts itself as the oldest U.S. clothing retailer, and it has endured such style changes as ready-made suits and the introduction of button-down Polo shirts, as well as a closure due to the Civil War. 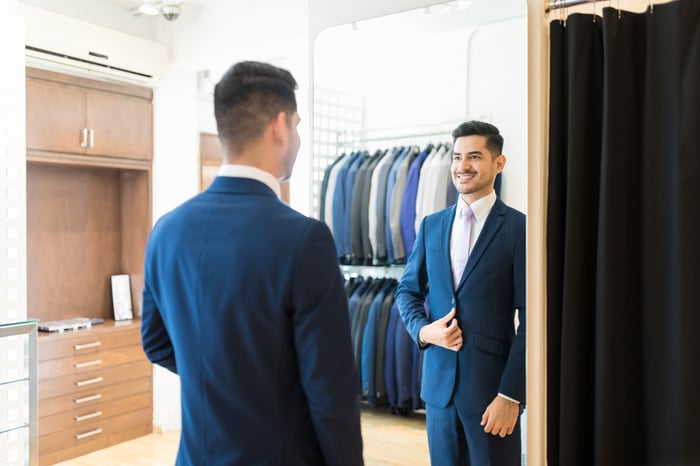 Brooks Brothers filed for bankruptcy on Wednesday. The company said in June that its business was hurting and that it would be making layoffs. It was also in the process of restructuring and closing 51 of its 250 U.S. stores. The company has 500 stores worldwide and employs over 4,000 people.

The company said that it had been seeking alternatives to save the business, including a potential sale, in 2019 due to increasing rents, but COVID-19 brought everything to a halt.

Brooks Brothers ran up close to $1 billion in sales in 2019 with about 20% coming from e-commerce, so it's well-positioned to handle the digital wave.

In the meantime, the company took out a $20 million loan in May and has secured $75 million in financing from WHP Global, a brand management firm, to continue operations during the restructuring.

Brooks Brothers is owned by CEO Claudio Del Vecchio, who purchased it in 2001 from Marks and Spencer.

The move follows those of retailers J.Crew and J.C. Penney, whose businesses fell apart during the pandemic. Other apparel retailers such as Gap and Macy's are struggling to stay afloat.