The assets will change hands in a roughly $250 million all-cash deal.

Broadcom (AVGO -1.36%) is about to pocket hundreds of millions of dollars by divesting a set of internet of things (IoT) assets. The buyer, human interface hardware and software maker Synaptics (SYNA -1.56%), has signed an agreement to buy "certain assets and manufacturing rights" connected to Broadcom's IoT products.

The price is roughly $250 million, Synaptics said in its press release trumpeting the deal. This will be paid entirely in cash. 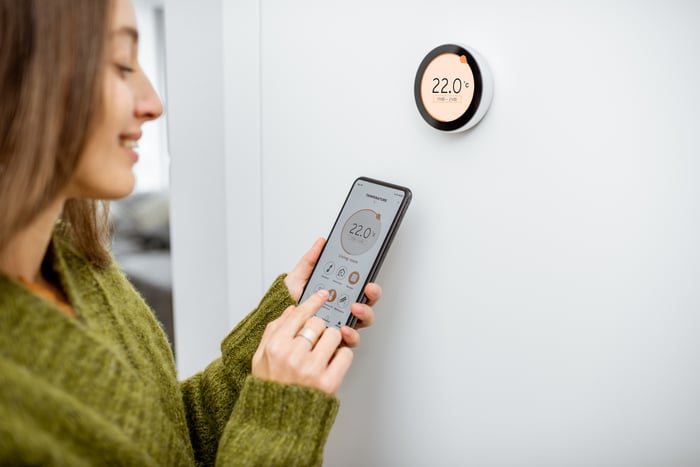 More specifically, Broadcom is relinquishing the rights to numerous WiFi, Bluetooth, and GPS technologies that help power and control IoT functions. All told, the company expects the acquisition will add around $65 million in annual revenue to its results.

The new assets will be used by the purchaser to bolster its wide range of IoT products. Synaptics said that "[t]his acquisition complements Synaptics' ability to sell into a broad range of devices such as IP cameras, smart displays, speakers, home automation, and gaming consoles – all of which require cutting-edge technologies including Wi-Fi 6 and 6E, Bluetooth 5.2 and GPS L5."

Broadcom shouldn't have to wait too long to receive its money. Synaptics said that the transaction should close in its current first quarter of fiscal 2021, which ends on Sept. 30.

Broadcom has not yet revealed how it will utilize the proceeds of the sale. As of the end of April, the tech sector mainstay had over $9.2 billion in cash on its balance sheet, against nearly $45.6 billion in long-term debt.

Investors in both companies seem to be pleased by the deal. Broadcom's stock rose by almost 2.1% on Wednesday, while Synpatics shot more than 13% higher.