With almost all stores reopened since the pandemic broke out, the coffee giant is seeing a slow but steady recovery.

The COVID-19 pandemic threw a spanner in Starbucks' growth plans, causing the coffee chain to falter as it had to shut numerous stores around the world. However, the company is still one of the stronger consumer stocks to own due to its brand strength and track record. 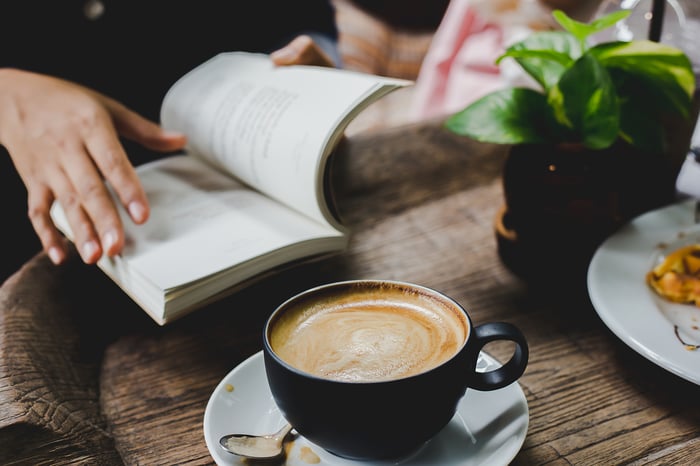 When the coronavirus first spread in China in January, it led to the temporary closure of more than half of Starbucks stores there. This, along with planned closures in observance of the Chinese New Year holiday, resulted in peak closures of around 80% of stores in early February. By March 5, more than 90% of stores in China had reopened, but under elevated safety protocols.

Just as China began seeing some recovery from the effects of the pandemic, COVID-19 hit the U.S. Starbucks started closing stores in the U.S. in mid-March. During the last week of March, comparable store sales were in the range of negative 60% to negative 70%. Only 44% of U.S. stores were operating, mostly under modified store hours and through the drive-thru channel.

These widespread store closures severely impacted the company's financials. For the quarter ended March 29, net revenue was down 4.9% year over year, while operating income plunged by 43.2% year over year. Although net earnings were down 50.5% year over year, the company still managed to raise its quarterly cash dividend from $0.36 to $0.41.

There has been some semblance of a recovery for the beleaguered company of late. Comparable store sales for U.S.-operated stores declined by 28% year over year in the last week of May, signaling that conditions are improving. By early June, 95% of U.S. stores were open, though at various levels of modified operations, while new store openings have also resumed.

Starbucks' third quarter of fiscal year 2020, which ended in June, will certainly look even worse than its prior quarter, but it seems the worst may have passed for the coffee chain. However, investors should be mindful of a possible second wave of infections breaking out in the U.S. that may force the closure of malls and food and beverage outlets once again.