Uber Technologies (NYSE:UBER) is launching a fixed-schedule commuter service in London after buying the naming rights to the Thames Clippers ferry service, which will be rebranded as Uber Boat by Thames Clippers. There are 20 boats in the fleet that serve 23 piers along the Thames River.

Sailing in a new direction

The new boating service would be yet another attempt to branch out into areas other than ridesharing, as declining numbers of fares caused Uber to report a $2.9 billion quarterly loss earlier this year. 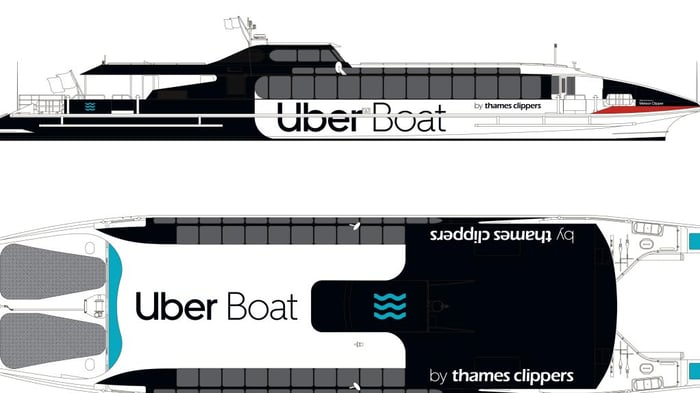 Uber has been leaning hard into meal delivery with its Uber Eats service that was carried along by the COVID-19 pandemic as restaurants were forced to rely on takeout and delivery to survive during the crisis. Just this week it acquired meal delivery rival Postmates for $2.65 billion after having failed in its attempt to acquire Grubhub.

Yet as has occurred in a number of U.S. cities, the tech stock's ride-share service has run into roadblocks with London regulators. The Transport for London (TfL) agency revoked Uber's license to operate in 2017 and has refused to issue a new license because of an alleged "pattern of failures" related to safety. The TfL, however, is still allowing Uber to operate while it appeals the ruling and a hearing is scheduled for September.

Passengers will be able to book a trip on the commuter service by using the Uber app and scanning a QR code, as well as through existing options, including contactless cards and Oyster, a London transportation payment card system.