Shares of plant-based food maker Beyond Meat (BYND 1.31%) tumbled nearly 6% in early trading Thursday before recovering to something more like a 2.1% loss as of 2:20 p.m. EDT. Curiously, though, the stock price is going down despite two Wall Street analysts pushing their price targets up.

As reported on StreetInsider.com today, two separate analysts -- UBS and Bernstein -- just raised their price targets on Beyond Meat shares. UBS thinks the stock is worth $105 (up from $75 previously), while Bernstein is positing a $133 share price. 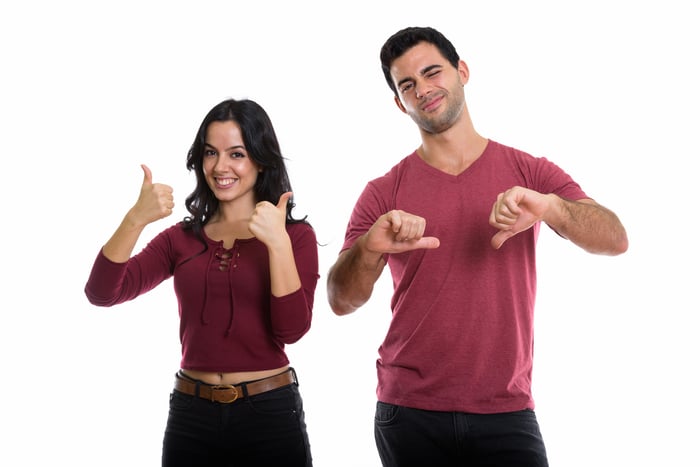 But here's the thing: Beyond Meat today doesn't cost $105 or $133 -- but nearly $142! Thus, from one perspective, yes, Wall Street raised its valuation on Beyond Meat. But from another perspective, both of these Wall Street firms are saying the stock remains significantly overvalued at today's prices.

It's for this reason that UBS, for one, continues to rate Beyond Meat stock a sell.

Bernstein's analysis is even more interesting. According to SI, the analyst both has a "positive outlook over the long term" for Beyond Meat and sees "limited near-term upside" to its stock because about half of the company's revenues come from sales to restaurants and other food service channels. Because those businesses have been widely shut down in the COVID-19 era, Bernstein worries that Beyond Meat's sales growth in Q2 will be limited to just 52% or so -- "a far cry," it says, "from the +141% YoY growth" that Beyond Meat enjoyed in Q1.

Bernstein warns that "this significant slowdown in sales growth could shock some retail investors, who tend to move the stock." This is why it refuses to raise its rating on Beyond Meat stock past "market perform" -- and probably, a big part of the reason the food maker's stock tumbled today.