Pummeled oil stocks may finally have reasons to cheer, and here are 2 oil stocks to consider.

The energy sector has gained the distinction of the most-hated market sector over the last few years. Excess oil supply coupled with plummeting demand resulted in oil prices briefly falling into negative territory. However, the latest developments give a glimmer of hope to this seemingly gloomy sector. Three key reasons make oil stocks attractive right now.

1. Economic activity is picking up

After some real tough months, U.S. economic activity is showing a nice pick-up. One of the key indicators reflecting the growth is the unemployment rate. The unemployment rate in the non-farm segment fell to 11.1% in June from 14.7% in April, according to the Department of Labor. The U.S. economy added a notable 4.8 million jobs in June.

Similarly, U.S. retail sales rose 17.7% in May from April, according to advance estimates. Even though the May sales were 6.1% lower than in May 2019, sales improved significantly from the previous month. In particular, auto sales rose an impressive 44% from April and were down just 3.9% compared to May 2019. Globally as well, the economic activity is picking up, though the countries are at different stages of recovery. China, in particular, has seen a steep recovery, recording a year-over-year growth in car sales in May. 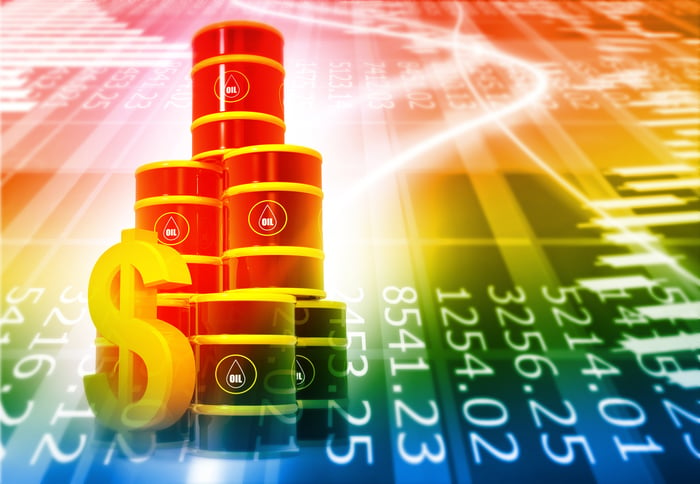 The above data is a clear indication of recovering economic activity, which is boosting the demand for oil and oil products.

2. Demand for oil products is recovering

As shelter-at-place orders have eased, more people are using vehicles to go to their workplaces and places of leisure. At the same time, demand for oil products to transport goods is recovering as industries resume operations. Overall, the demand for oil products is recovering as economic activity is picking up, not only in the U.S. but globally as well. Oil demand in China recovered to nearly the year-ago levels in April itself. Similarly, the demand in India recovered in May, though it's still down year-over-year. Looking at the global trends in easing of lock-down measures, the International Energy Agency expects a boost in oil demand in the second-half of the year. 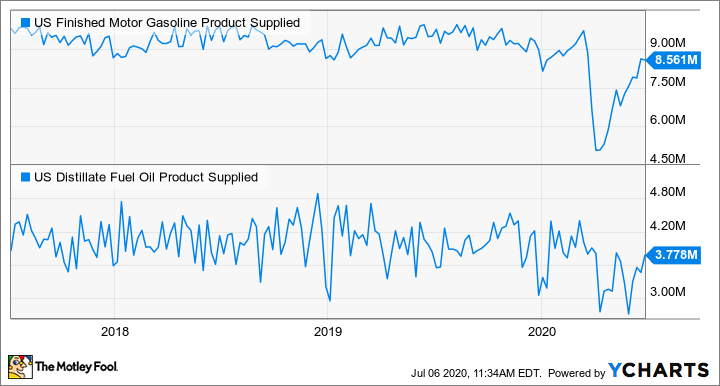 3. Oil stocks are trading at bargain prices, but tread cautiously

Oil stocks are trading at much lower levels compared to the start of the year. The S&P Energy Select Sector Index is down 37% year to date. The fall in energy stock prices pushed yields higher, making them extremely attractive. However, investors need to exercise caution while buying energy stocks.

Even if demand for oil and oil products recovers to pre-COVID levels, excess global supply will likely keep a lid on oil prices. U.S. companies need to find ways to operate profitably at sustained low oil prices -- a key focus for most oil companies currently. However, this transition may take years. Oil stock prices may remain pressured in the meantime.

Two such stocks are Chevron (CVX -1.37%) and Phillips 66 (PSX 1.01%). Integrated giant Chevron has the lowest leverage among its peers. 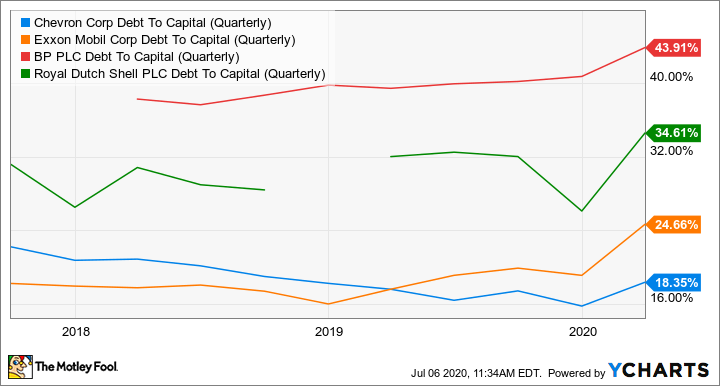 For 2019, Chevron's dividend break-even was at $55 per barrel.  The company is taking steps to bring this down. During its annual stockholder meeting in May, Chevron also noted that even if Brent crude oil prices -- the international benchmark -- remain under $30 per barrel for two years, it intends to maintain its dividends by reducing share repurchases and capital and operating expenses and using borrowed funds. Whether it does that remains to be seen. However, the company is better positioned than its peers to lean on its balance sheet if needed.

Another company set to benefit from a recovery in demand for gasoline and other oil products is top refiner Phillips 66. Its midstream operations provide it with earnings diversity as well. With a debt-to-capital ratio of 38%, Phillips 66's leverage is under control. Overall, the company looks well placed to weather the temporary demand destruction due to COVID-19 while maintaining payouts.

Why Shares of Chevron Are Falling Today
410%