A number of factors suggest that the streaming giant's own estimates are too conservative.

Netflix (NFLX 0.41%) may be playing it conservative by estimating it will add only 7.5 million new subscribers in the second quarter, less than half the number that signed up in the first, but Wall Street isn't buying it.

Goldman Sachs (GS 0.97%) analyst Heath Terry says app downloads hit a record during the period as the streaming giant continued to add new content. He forecasts Netflix will report adding as many as 12.5 million new subscribers during the period that ended last month.

The analyst also believes that analysts' consensus estimates for Netflix's earnings in the back half of 2020 and beyond are too low, so he's raised his price target on the streaming service provider to $670 a share, or 32% above where the stock closed Thursday. 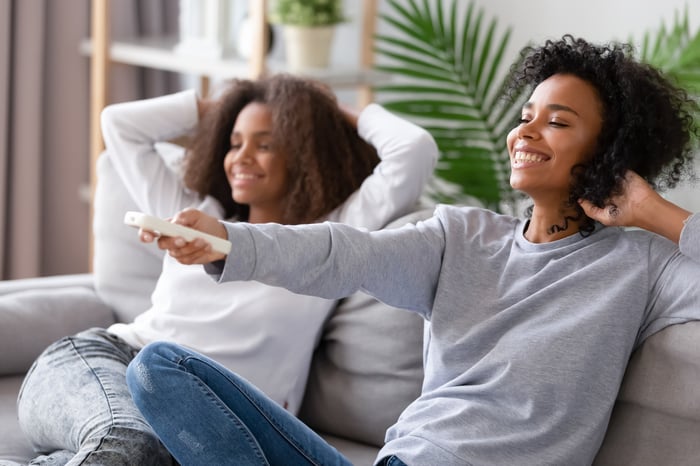 A convergence of trends

Heath says people are still spending significantly more time at home due to the COVID-19 pandemic, and with less competition for people's leisure hours, Netflix is keeping its customer churn to a minimum.

The Goldman Sachs analyst isn't the only one thinking Netflix is being coy, and that much of Wall Street is underestimating its potential.

My Motley Fool colleague Jeremy Bowman previously came to a similar conclusion about the video streaming leader, noting that, based on the timing of the pandemic's spread, the record subscriber numbers Netflix recorded in the first quarter reflected the outbreak's impact on people in Europe, the Middle East, and Africa -- regions that accounted for nearly half of its new signups.

But today, the U.S. is witnessing a steep second wave of new coronavirus cases that has led some people to resume or return to their prior social-distancing behaviors. And Latin America, which was affected later than elsewhere by the pandemic, may also factor into the company's accelerating subscriber growth.

With more objectively high-quality content than its rivals, limited competition, and increased viewing time across platforms, there's good reason to suspect Netflix will surprise to the upside again.