There are some certainties in Biden's banking and finance policy platform along with lots of unknowns.

With most polls showing Democratic nominee Joe Biden maintaining a lead in this fall's presidential election, many industries, including banking, are beginning to wonder what policy might look like under a new administration.

Banks have enjoyed a nice run under President Donald Trump, at least when it comes to regulation. The industry saw a huge corporate tax cut, a large rollback of the Dodd-Frank Act, and the relaxing of the Volcker Rule, among other things. Although much still needs to be determined, there are a few certainties and lots of unknowns in Biden's banking policy platform. 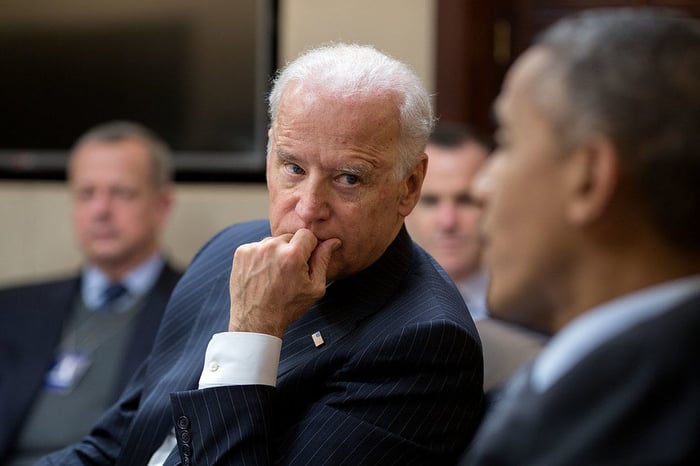 Biden is also backing a proposal by Sen. Elizabeth Warren, D-Mass., on bankruptcy reform. A major part of the plan is to make it easier for those overloaded with debt to obtain relief. The bill would cut into a 2005 bankruptcy bill supported by banks that made bankruptcy a less effective way to escape debt. Banks and credit card companies argued the law prevents people from taking advantage of bankruptcy.

And as every president does, Biden would be able to drive banking policy through appointments in the Treasury Department, Office of the Comptroller of the Currency (OCC), Federal Reserve, Federal Deposit Insurance Corp. (FDIC), and Consumer Financial Protection Bureau (CFPB).

In 2018, Congress rolled back the Dodd-Frank Act, which was put into place following the Great Recession to more heavily regulate the industry and ensure a similar crisis would never happen again. The rollback raised the threshold for institutions essentially considered too big to fail from $50 billion in assets to $250 billion in assets, freeing a number of banks from enhanced stress testing.

In addition, banks with less than $10 billion in assets became exempt from mandatory stress testing and from the Volcker Rule, which previously banned banks from engaging in proprietary trading and entering into certain relationships with covered funds such as hedge funds or private equity.

Although it saw some opposition, I would guess this rollback is likely safe if Biden gets elected, because not only did it help smaller, more community-oriented banks, but it received bipartisan support in a partisan political climate. In the House of Representatives, 33 Democrats voted for the legislation, while 17 supported it in the Senate.

The next president will reshape the Community Reinvestment Act (CRA), a law that essentially requires banks to lend in low- to moderate-income communities. Banks need to stay in good standing on CRA if they want regulators to approve growth initiatives such as branch openings or mergers and acquisitions.

Right before resigning in May, former OCC Comptroller Joseph Otting released a plan to overhaul the CRA. However, the plan did not appear to garner much support from the FDIC or the Federal Reserve. If Biden wins the election, his batch of regulators could take the reins on CRA.

A big issue during President Trump's tenure has been his administration's trade war with countries like China and Mexico, in which he imposed significant tariffs on goods. These taxes increased the cost of doing business for American companies that work with suppliers in those countries, costs that eventually funnel down to the consumer.

There is not likely an industry more exposed to the broader economy than banking, because banks lend to everyone, from homeowners to businesses. So when the economy struggles, banks tend to fare worse than the overall market -- just look at what is happening now. Even before the coronavirus pandemic, bank stocks in general responded negatively to tariffs. Biden is likely to tone down the trade war and remove tariffs, which should help banks overall.

While we can make some educated guesses regarding how Biden will approach banking policy, much of his stance is unknown, largely because he has surrounded himself with advisors from different parts of the ideological spectrum.

In April, multiple media outlets reported that former Treasury Secretary Larry Summers was serving as an advisor to Biden's campaign. Summers has worked for several Democratic administrations but has also taken flak for pushing some of the banking deregulation in the 1990s that ultimately played a role in sparking the Great Recession.

But there have also been rumors that, if elected, Biden could tap Warren to be his Treasury secretary. Warren has spoken frequently of breaking up the big banks. Given her public stances, Warren would likely push for enhanced regulation, and there is a chance she wouldn't want to bail out a large bank if it ever became necessary, which could erode investors' confidence in the sector.

Most recently, Biden has created a new task force with Sen. Bernie Sanders to examine policy within the Democratic Party. Notably, the task force is calling for the Federal Reserve and the U.S. Postal Service to team up to organize a public banking system to assist low- and middle-income families that might have limited access to the current system. The task force also wants to "strengthen" the Dodd-Frank Act.

If Biden wins the election, he has made it clear he will try to raise corporate income and capital gains taxes and implement a new bankruptcy law. But unless the banks become financially unstable or some sort of malfeasance pushes them into the limelight, I doubt Biden will push for huge change specifically targeted at traditional banks. Just look at the "Joe's Vision" page of his website, where he lists his policy initiatives; banking isn't listed, at least directly. Realistically, there are likely numerous issues that rank much higher on Biden's agenda than banking.

Is Opendoor Still the Future of Real Estate?