The premium alcohol distributor was not immune to the effects of the global pandemic.

Constellation Brands (STZ -0.70%) has been transforming itself into a premium alcohol distributor that gained ground in its primary beer business, as well as in wine and spirits.

The global pandemic set back its plans as restaurants and bars were closed as being non-essential businesses, with only the former able to continue operating so long as it was for takeout or delivery.

Yet analysts believe the beer market is a better bet during the crisis, because spirits are seen as being consumed more in an out-of-home setting, particularly in travel-oriented markets. And despite Constellation Brands generating more revenue from that segment of its business, its stock has not yet been able to fully regain all the ground it lost during the COVID-19 outbreak.

So let's see whether this premium alcoholic beverage distributor warrants an investor's dollars. 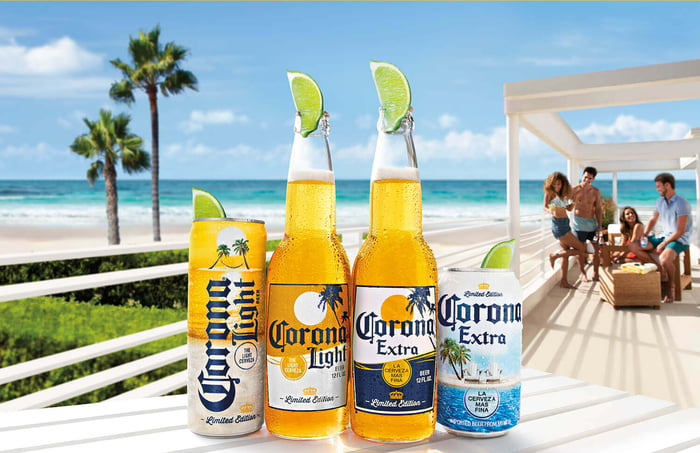 Not crying in its beer

The Corona and Modelo families of beer are now powering most of the growth seen in the industry, and in states like California, the Modelo Especial brand is now bigger than the two top premium light beers combined.

The power of the Corona brand is also letting it enter new markets almost effortlessly. It launched a new Corona-branded hard seltzer earlier this year, and it immediately leapt ahead of much of the rest of the pack by garnering a 6% share.

That's a significant achievement considering the amount of seltzer now being sold. Sales are still rising at triple-digit rates during the pandemic, and Nielsen data shows that the industry has grown from just 10 brands in 2018 to 26 brands last year, while 2020 started off with some 65 brands.

Although Mark Anthony Brands White Claw and Boston Beer's Truly still dominate the hard seltzer market with a combined 75% share, it shows how the popularity of Corona can help drive product extensions.

Not whining about wine either

It's notable because the wine industry suffered its first decline in 25 years last year, which analysts pegged as being caused by changing consumer preferences for hard seltzer. The power brands group saw depletions rise to 5% in the first quarter despite the pandemic.

Constellation is also testing brand extensions in this category with a new Modelo-branded lager called Reserva that will be available in tequila and bourbon-barrel-aged variations. Because of the brand's popularity with the Hispanic community, it sees the potential to enjoy tremendous growth, as 1 million Hispanics reach drinking age each year.

Constellation's biggest disappointment remains its investment in cannabis producer Canopy Growth, as it took another $31.7 million loss in the first quarter on top of the $54.4 million loss it suffered last year.

But is it worth it still?

The real question now is whether it can recover in the new normal of a post-pandemic world.

The alcoholic beverage distributor trades at just 18 times next year's earnings estimates after having risen 76% from its March lows. However, Constellation does go for a pricey 28 times the free cash flow it produces, though it may be worth the premium.

Despite the depressed beer industry, Constellation's brands are still posting very strong growth rates with no sign of relenting. It's able to introduce its Corona and Modelo brands into new markets and gain significant share, while it has tapped into the premiumization trend in both wine and spirits.

At current stock prices Constellation Brands might not be worth sinking a lot of money into, but establishing a stake and buying more on any pullback should generate decent returns for investors.