One analyst thinks the stock still has significant upside. Is that enough to justify its price?

Shares of Ovid Therapeutics (OVID -0.91%) have more than doubled over the past four months, a performance the clinical-stage biotech company owes in part to a positive rating from an analyst. In March and again in June, Ladenburg Thalmann analyst Michael Higgins gave the stock a $20 price target. Even after its recent rally, though, Ovid is trading at about $7.50, which means there's still a lot of room for it to grow -- at least if we're going by Higgins' price target. Is now a good time to invest in this small-cap biotech? 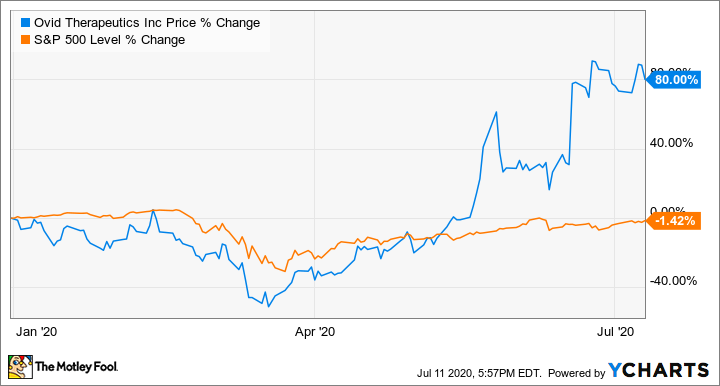 The biotech has a handful of potential treatments in its pipeline, the most advanced of which is OV101, which targets Angelman syndrome. This rare genetic condition, typically diagnosed in childhood, is characterized by "delayed development, intellectual disability, severe speech impairment, problems with movement and balance, seizures, sleep disorders and anxiety." There are no approved drugs or standard treatments for Angelman syndrome, and people with the condition are unable to live independently.

In other words, there is a dire need for therapy options, and OV101 has already shown some promise. During a phase 2 clinical trial, its safety profile was compelling, as the drug's adverse events were similar to those of a placebo. Also, patients taking OV101 showed a statistically significant improvement in overall clinical global symptoms (CGI-I). Ovid started a phase 3 clinical trial for OV101 in September.

The U.S. Food and Drug Administration (FDA) has granted several special designations to OV101 for the treatment of Angelman syndrome, including the rare pediatric designation, the orphan drug designation, and the fast-track designation. The company is also exploring OV101 for another rare disease that lacks approved therapies -- Fragile X syndrome, symptoms of which include anxiety, mood swings, and cognitive impairment. Ovid reported positive results from a phase 2 clinical trial in that indication back in May. 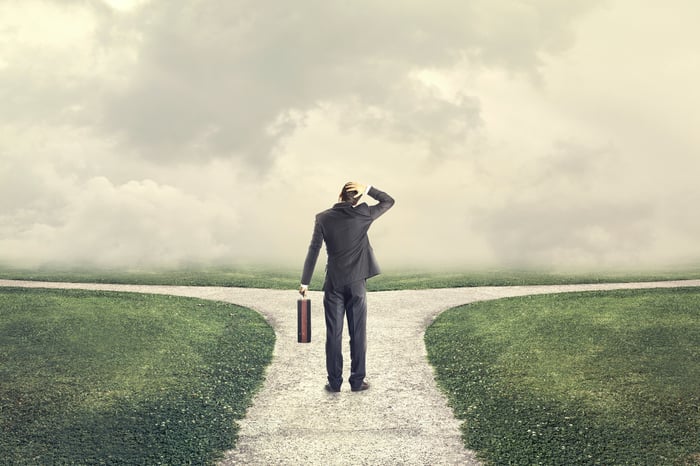 The biotech doesn't have any products on the market at the moment and does not generate any revenue. During the first quarter, it reported total expenses of $20.3 million and a net loss of roughly $20 million. As of March 31, Ovid had cash and cash equivalents of $58.3 million. While that cash balance seems healthy enough, the company is still at least a couple of years away from launching OV101 on the market. Investors should expect the company will need to resort to dilutive forms of financing before that happens (if it does at all).

The outlook for OV101 seems encouraging given the results from its phase 2 clinical trials in both indications. Ovid also has several other candidates, and it could go on to market more than one product within the next three to five years. Still, that is the best-case scenario, and before jumping in, investors should recognize that OV101 could still fail to prove sufficiently effective in phase 3 clinical trials -- about 4 in 10 treatment candidates that make it that far don't earn regulatory approval. Ovid, like most clinical-stage biotech companies, is a risky bet, and only investors comfortable making that type of gamble should consider initiating a position in it.