Shares of BeiGene (NASDAQ:BGNE) were jumping 10.6% higher as of 3:09 p.m. EDT on Tuesday. The nice gain came after Bloomberg reported that Hillhouse Capital plans to buy $1 billion worth of the Chinese biotech's shares. On July 12 BeiGene announced the pricing of a stock offering of more than 145.8 million shares valued at $2.08 billion.

Stock offerings dilute the value of existing shares. As a result, they often cause share prices to tumble. In BeiGene's case, though, there was one unusual characteristic about its offering that caused the biotech stock to rise: the sheer size of the transaction. 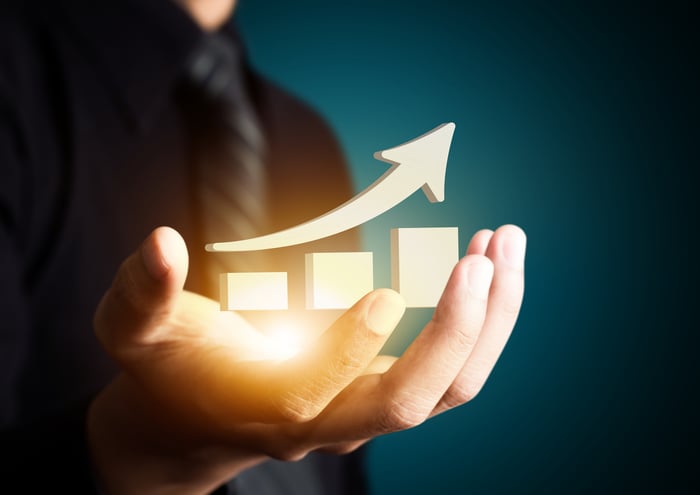 BeiGene's stock offering is "the largest equity offering ever by a biotech company," according to Bloomberg. Hillhouse Capital's $1 billion investment serves as an anchor for the deal. Others have also already stepped up to buy shares, including Amgen, which already owns over 20% of BeiGene.

Perhaps most importantly, the eagerness of Hillhouse Capital and others to invest large amounts in BeiGene underscores the overall attractiveness of the biotech's potential. BeiGene currently markets Brukinsa in treating mantle cell lymphoma and is evaluating the drug in several clinical studies targeting other indications. Elzonris is approved in China for treating classical Hodgkin's lymphoma and urothelial carcinoma. BeiGene also sells cancer drugs Abraxane and Revlimid in China under a license from Bristol Myers Squibb.

Look for more potential catalysts on the way for BeiGene. The company expects to announce results from a study of zanubrutinib (Brukinsa) with bendamustine plus rituximab in treating chronic lymphocytic leukemia or small lymphocytic lymphoma in the second half of 2020. It also awaits regulatory approvals for Brukinsa in Europe and for tislelizumab in China.