With speculation swirling that Twitter (NYSE:TWTR) could be considering some type of subscription service, investors and analysts are trying to figure out all the potential implications for the business even though questions remain about the specifics. Assuming a paid tier would remove ads, then Twitter would need to charge $50 per year to compensate for lost ad sales, according to recent estimates from Morgan Stanley analyst Brian Nowak. 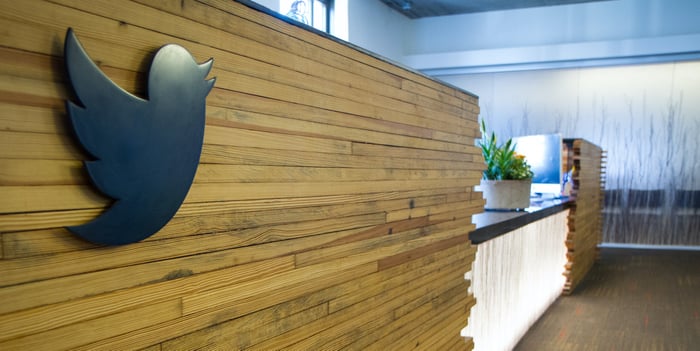 There are more questions than answers

That estimated annual fee is based on Twitter's U.S. business and derived from the company's U.S. ad revenue spread across its base of monetizable daily active users (mDAUs). Twitter brought in a little over $1.6 billion in U.S. ad revenue in 2019 and finished the year with 31 million mDAUs. There are other challenges to acknowledge.

If Twitter were to put some content behind an effective paywall, the user base could get fractured in a way that undermines the tech company's value proposition as an open platform for public discourse and communication, according to Nowak, who has a hold rating and $32 price target on the stock.

Instead, Nowak believes that Twitter should focus more on improving its advertising products while the eventual return of sports and other live events could be a more important catalyst for engagement. The company has often talked about how it sees spikes in engagement around major sports events.

However, it's unclear what type of service Twitter may be exploring, as it has offered no official details or confirmations about a potential subscription service. Former CFO and COO Anthony Noto had once discussed the idea of adding premium services designed for power users, without specifying what types of features that could entail. That type of service might not split up the user base in a meaningful way if all users still ultimately have access to the same underlying content.

Until Twitter has something to formally announce, all of this remains purely speculative.

Everybody's thinking about it

Many social media companies, including larger rival Facebook (NASDAQ:FB), have grappled for years with the idea of removing ads and offering paid tiers, particularly amid scandals that have raised consumer awareness of the privacy costs associated with free online services. CEO Mark Zuckerberg has reiterated countless times that Facebook will always be free.

Zuckerberg clarified last year that even if Facebook ever introduced a subscription product, that wouldn't stop Facebook's data-vacuuming engine from doing what it does. That machine's sophistication is precisely why Facebook's monetization is so strong. For example, the company has generated nearly $180 per daily active user (DAU) in North America in ad revenue over the past four quarters, which is what Facebook would have to charge for an ad-free subscription to break even with lost ad revenue.

The simple reality for both companies is that the vast majority of users prefer to pay the implicit privacy costs instead of a few bucks per month.

Would You Pay $50 per Year to Use Twitter? @themotleyfool #stocks $TWTR $FB Next Article
Current