The PC maker might sell off its stake in VMWare, which is worth more than Dell itself.

Shares of Dell (DELL -3.12%) have soared today, up by 14% as of 12:10 p.m. EDT, after the company announced yesterday evening that it was exploring the idea of selling its majority stake in virtualization specialist VMWare (VMW -1.58%). A potential divestiture could unlock massive value for Dell shareholders.

Rumors have been swirling in recent months that Dell has been examining what to do with its 81% stake in VMWare, with possible outcomes including a spinoff or buying the remaining 19% of the company. Dell is now exploring the former option while noting that it could choose to simply maintain its current ownership interest in VMWare. 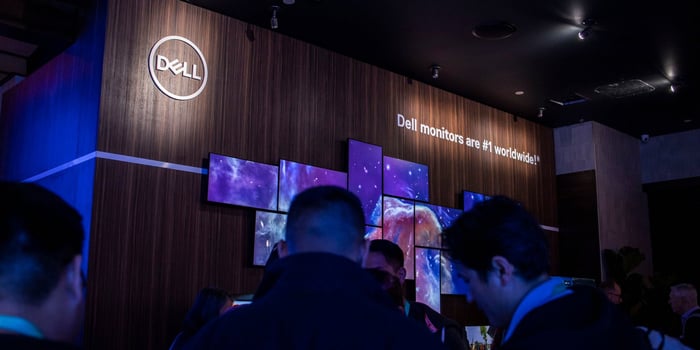 Dell emphasizes that it would still want to maintain a mutually beneficial commercial relationship with VMWare should a spinoff occur. A divestiture could help simplify both companies' capital structures while creating substantial enterprise value. Another goal would be to keep VMWare's investment grade credit rating while improving Dell's credit rating to investment grade territory. Moody's said today that a potential spinoff would increase uncertainty for both companies.

Incredibly, the value of Dell's stake in VMWare ($48 billion) is greater than Dell's entire market cap ($44 billion), even after today's jump. In other words, the market is effectively assigning a negative value to Dell's actual operations of selling PCs and other computing hardware. Dell was the No. 3 PC vendor in the second quarter, according to IDC.

If Dell and VMWare decide to move forward with a spinoff, it would occur in September 2021 or later and Dell would seek to get the deal to qualify as tax-free for federal income tax purposes.