Disney (NYSE:DIS) and Nike (NYSE:NKE) may not seem to have a lot in common. The former is a theme park and entertainment giant, while the latter is one of the world's most recognized makers of athletic gear. One thing they do have in common is this: The coronavirus pandemic hit both businesses particularly hard, crushing sales and share price performance.

Now, as Disney reopens some theme parks and Nike continues to move forward with business almost as usual, we can wonder which of these two companies makes the better buy right now. 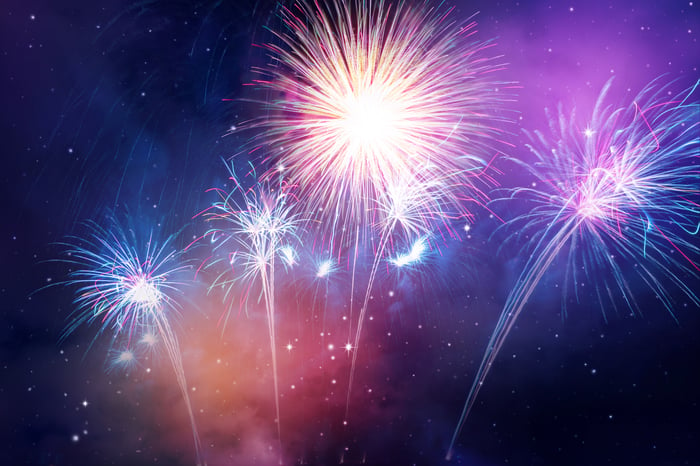 Will Disney's magic be back?

Disney reopened the Magic Kingdom and Animal Kingdom in Florida on July 11 and EPCOT and Disney's Hollywood Studios, also in Florida, on July 15. But these reopenings are unlikely to bring park revenue back to where it was prior to the coronavirus outbreak -- at least not now when the company must turn away some visitors to respect distancing requirements. Disney hasn't released figures, but according to a New York Times estimate, Disney may allow in less than half the usual number of guests.

Disney faces other challenges when it comes to keeping guests coming to the park and happy once they get there. For the moment, parades and character greetings are on hold, and playground areas are off limits. Among other restrictions, visitors age 2 and older must wear face coverings, and all guests must go through a temperature screening before entering the parks. Some Disney fans may not want to experience this new Disney and may postpone visiting the parks. Others may feel the efforts aren't enough, especially considering the state's COVID-19 situation. Florida has recorded the highest number of total cases in the last seven days among all states, with more than 77,000, according to the Centers for Disease Control and Prevention.

In the most recent quarter, ended March 28, Disney's parks, experiences, and products division posted a 10% drop in revenue over the prior-year quarter, while segment operating income slid 58% to $639 million.

That segment made up 38% of company revenue last year for the biggest share among its four businesses. In the recent quarter, temporary park closures meant Disney reported a 93% drop in earnings per share from its regular business activities.

Though Disney's annual revenue has generally been on the rise over the past decade, and parks, experiences, and products revenue climbed every quarter last year, the restrictions at Florida parks at the moment make it clear a return to growth will take time. And Disney's parks in California remain closed, which doesn't help matters.

The glimmer of magic in this story at the moment is Disney+. The streaming service had garnered 54.5 million subscribers as of May 4; it launched in the U.S. in November. Disney+ could be a clear ticket to growth.

I think that in the long term, Disney's revenue and share price will rebound. Disney+ will help revenue now, and once the coronavirus crisis is over, revenue at the parks segment should return to normal. Why? Because Disney fans will return. The Magic Kingdom is the most-visited theme park in the world, followed by Disneyland in California. But investors will have to be patient until attendance numbers are back to normal levels.

Store closures in North America and other regions for about two months during the most recent quarter meant Nike's revenue dropped 38%. But the silver lining in this dark cloud has been Nike's digital performance. Online sales climbed 75% in the quarter. Nike started its major push into digital and direct-to-consumer sales in 2017. Prior to the coronavirus, the efforts were already bearing fruit with a 38% increase in online sales in the quarter ended Nov. 31, 2019.

Trends in China, which has emerged from the worst of the coronavirus crisis, show the power of Nike's investment in apps to support this digital push. Nike credits engagement with consumers through its apps with its return to growth in China during the most recent quarter. And during the quarterly conference call, Nike reported its first $1 billion in annual digital revenue in China and in Europe, Middle East, and Africa.

Nike said this move to digital isn't just the result of a temporary situation -- the health crisis. Rather, it represents a "strategic shift toward a new future marketplace."

What's ahead? Nike is speeding up its digital and direct-to-consumer push in a new effort called "Consumer Direct Acceleration." The company is opening smaller format, mono-brand stores that will integrate the in-store and online experience. Nike also plans on linking data, inventory, and membership so shoppers can access products in a streamlined and speedy manner.

Disney has slid 17% this year and is trading at 40 times trailing-12-month earnings. Nike may seem the more expensive of these two consumer discretionary stocks because it's down about 3% this year and is trading at more than 60 times earnings. Still, I favor Nike right now because, with most stores open and digital booming, it has the tools it needs to grow revenue and make its way along the path to recovery. Disney, with constraints on park operations, may find the path bumpier.