America's highest-profile medical professional waxes optimistic on the potential for a "safe and effective" vaccine by 2021.

In an interview with Facebook CEO Mark Zuckerberg on Thursday afternoon, Dr. Anthony Fauci expressed strong hope that at least one useful coronavirus vaccine candidate will be available for widespread use within months.

"[W]e should know as we get into the mid to late fall, early winter, but probably late fall, whether we have candidates that really are safe and effective," said Fauci, director of the National Institute of Allergy and Infectious Diseases. 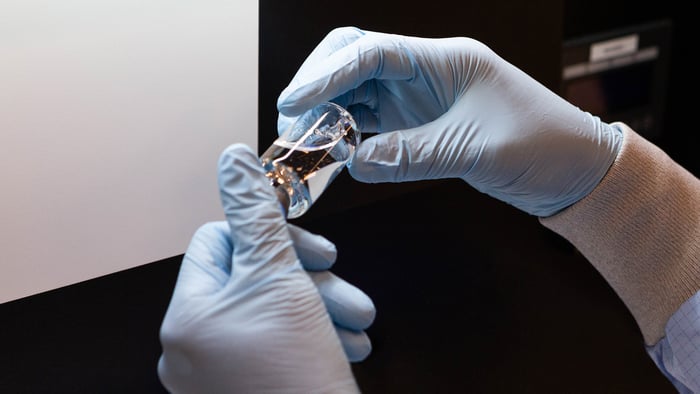 "If that's the case, by the time we get to the end of this year, the beginning of calendar year 2021, we may have vaccine, one or more candidate, that is actually safe and effective," he added.

This helped lift the stocks of the developers of leading vaccine candidates at or near double-digit rates on Friday, well outpacing the gains of the top equity indexes. Shares of Moderna (MRNA -0.37%) shot nearly 15% higher, while Novavax gained almost 17%, and the stock of Inovio Pharmaceuticals recorded a gain that was just below 10%.

Of the three, Moderna is considered by many to be the leader in the coronavirus vaccine race. Fauci has expressed hope based on the phase 1 clinical trial results for its mRNA-1273 announced on Tuesday. According to him, Moderna's data "really look quite good. There were no serious adverse events."

Fauci's frequently blunt and sobering opinions on the coronavirus outbreak have met with some resistance from the White House, since at times they clash with its ambitions to reopen the economy. Yet he is widely respected by many healthcare professionals and a large share of the public.

Another factor lifting coronavirus vaccine makers Friday was the news that the European Union is already trying to arrange purchases of potential vaccines from several developers. Moderna is among these companies.

The 3 Most Resilient Stocks in the Bear Market Today