Please ensure Javascript is enabled for purposes of website accessibility
Log In Help Join The Motley Fool
Free Article Join Over 1 Million Premium Members And Get More In-Depth Stock Guidance and Research
By Rich Duprey – Updated Jul 20, 2020 at 11:59AM

Heath Terry has raised his price target multiple times in 2020 to stay ahead of the tech powerhouse's trajectory.

E-commerce is such an unstoppable force in our pandemic-stricken society that Goldman Sachs (GS) analyst Heath Terry on Monday raised his price target for Amazon (AMZN 2.55%) to a level 28% above where the stock closed trading Friday.

Back in May, he bumped his price target up to $3,000 based on a belief that the "long term steepening" of Amazon's growth curve meant the e-commerce giant's stock would outperform the market substantially. Now, Terry points to online sales continuing to accelerate in North America as his reason for raising his price target to $3,800 a share; he also maintained his conviction buy rating on the stock. 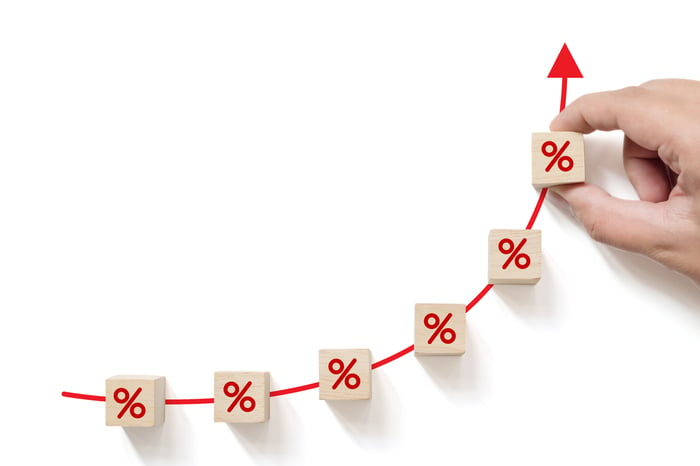 No ceiling in sight

According to TheFly.com, Terry updated his projections for Amazon to reflect revenue growing by 3% more annually than he previously expected between 2020 and 2022. However, he does suggest that between the costs associated with operating during the COVID-19 pandemic and the increased infrastructure spending that will be required for the company to keep up with demand in both retail and Amazon Web Services, its profits will not experience a similar boost.

The analyst has been very bullish on Amazon for some time, viewing it as a best-in-class internet stock in terms of risk vs. reward because of the deep competitive moats it has dug not just around its e-commerce operations, but around all of them.

Terry believes the market underestimates the value Amazon's platform holds over the long term, and he sees the stock's price accelerating as it catches up to other large-cap tech stocks. Over the past year, Amazon stock has gained just 56% compared to other FAANG stocks such as Netflix, which has risen 59%, and Apple, which is up by more than 90%.

However, the rapid growth Goldman Sachs has been expecting seems to be occurring this year: Thus far in 2020, Amazon's stock is up 67%, compared to 54% for Netflix and 32% for Apple.