The difference in sales valuations is compelling enough for Shopify to make a play, according to one stock research site.

Will we soon be buying postage stamps from Shopify (SHOP 0.64%)? Citron Research very much thinks so; it believes the retail tech solutions company will purchase Stamps.com (STMP).

Citron, the often highly critical stock-commentary site, explained its reasoning in a tweet posted Monday morning. "Valuation gap has never been larger. On [forward 12-month] EV/Sales, [Shopify] at 44x vs. [Stamps.com] at 6x and [Stamps.com] is the proven leader in online postage... the essential tool for small biz not owned by [Shopify]," Citron wrote. 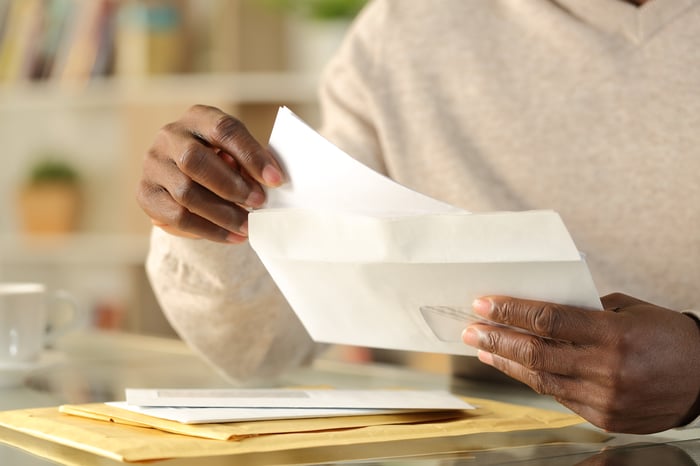 In Citron's opinion, such a deal would be a windfall for Stamps.com investors. It believes if Shopify pulls the trigger, an all-stock deal could total $400 per Stamps.com share. If it reaches that level, it would represent a rich premium of roughly 73% on the latter's current stock price.

Citron did not provide any sources for its view that Shopify will move on Stamps.com. Neither company has yet commented on the tweet.

Although Shopify isn't a particularly acquisitive company by the standards of the ambitious and competitive e-commerce industry, it has purchased various assets over the years. These, however, tended to be relatively modest in scale. Last September, for example, it announced it was paying $450 million for 6 River Systems, a little-known warehouse robotics specialist.

By comparison, Stamps.com is a very big fish. At the moment, its market capitalization tops $3.9 billion.

Investors piled into both companies on Monday following the Citron speculation. Shares of Shopify were up by almost 9% and those of Stamps.com rose by over 6% in late afternoon trading, well outpacing the gains of the wider market.