These are even smaller apps than the ones we're all used to.

Snap's (SNAP 1.53%) core Snapchat app is associated with social activities like photo sharing and gossip, not necessarily mindfulness and inner peace. Yet the app's users will be able to bliss out starting next Monday by accessing the Headspace meditation Snap Mini.

Headspace and a clutch of other offerings form the inaugural set of the company's Snap Minis, which are small sub-apps that are embedded within the main Snapchat app. Users can access Snap Minis while using the main app, and share with other people they are connected to. 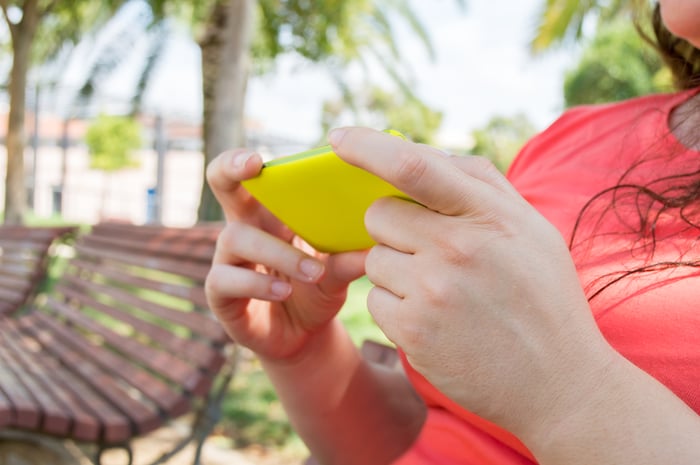 "Minis are designed to deeply integrate within conversations on Snapchat, so coordinating between friends is faster than ever," Snap said when first announcing the new product last month.

In addition to Headspace (an offbeat choice, given that meditation is frequently a solo activity as opposed to a group pursuit), the Snap Mini lineup includes several other offerings of varying utility. Movie Tickets by Atom allows users to coordinate movie viewings and buy tickets for showings, Let's Do It promises to help with group collective decisions, and Coachella provides coordination and planning assistance for the annual music festival.

The company said that Snap Minis, which are fairly light and straightforward apps built with HTML5, are built on a similar technological foundation to the popular Snap Games that reside in the app's ecosystem. According to Snap, over 100 million users have played Snap Games since the service's April 2019 debut; doubtless it is hoping for similar numbers with Snap Minis.

The company did not provide any estimates for how the new offerings might impact its business.

On Tuesday, in contrast to the gains of the wider stock market and peer tech companies, Snap's shares fell, declining by 2.1%.