Microsoft (MSFT -0.74%) reported the results of its fiscal fourth quarter (ended June 30) which blew past expectations on the strength of its cloud computing operation and surge in gaming activity. Revenue of $38 billion grew 13% year over year, easily eclipsing analysts' consensus estimates of $36.5 billion, while also surpassing the high end of management's forecast, which topped out at $36.8 billion.

Earnings per share of $1.46 declined 15%, but included continued investment in cloud computing and one-time charges related to the closure of physical Microsoft Store locations. 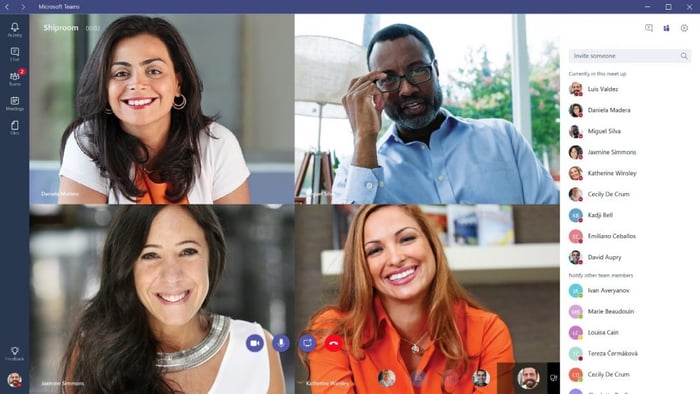 The two headliners were cloud computing and gaming.

Xbox content and services revenue grew $1.2 billion, up an impressive 65% (or 68% in constant currency), which Microsoft credited to the stay-at-home guidelines which continue around the country. The company also noted that Xbox hardware sales jumped 49%, due to increased console sales. This helped drive revenue for the more personal computing segment to $12.9 billion, up 14% (or 16% in constant currency), bringing in $1.2 billion more than Microsoft forecast at the high end of its guidance.

Microsoft noted that it got a lift from Teams, Azure, and Windows Virtual Desktop, "as customers shifted to work and learn from home." The company also saw increased demand for Windows OEM and Surface to support remote work. It wasn't all good news. Advertising took a hit as businesses scaled back on marketing budgets, offsetting some of the revenue increases.