After a phased reopening process by Walt Disney (DIS 1.60%), all four Disney World Florida theme parks and the Disney Springs shopping and dining complex are open for business. But some employees -- called cast members -- who belong to the Actors' Equity Association union, are still not back to work. The union that represents 750 Walt Disney World theme park theater actors did not feel that the company had put sufficient safety protocols in place prior to the reopening.

Now some of the union cast members say the union is seeking unrealistic COVID-19 protection measures, and want to go back to work, reports The Wall Street Journal. 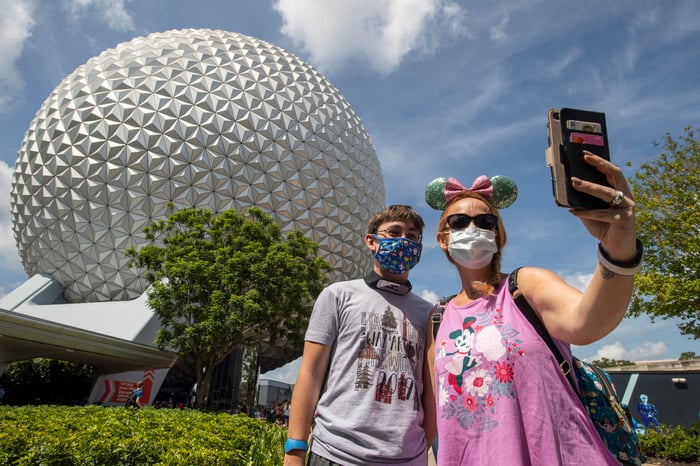 The dispute centered around additional COVID-19 testing the union felt was necessary for the actors who can't socially distance on stage. Disney has put a long list of health and safety measures in place to prepare for a successful reopening, including temperature screenings, mandatory face coverings, physical barriers, contactless transactions, cast member training, and a reservation system to limit attendance.

But Actors' Equity says it wants the company to provide COVID-19 testing for all of its members, which Disney has not agreed to do. Now some Actors' Equity members want the union to drop its testing demand, fearing that their jobs will be gone for good as the company moves ahead with filling those positions "without Equity performers."

A Disney spokesperson pointed out that seven unions representing 48,000 cast members have signed on to the reopening protocols. A group of dozens of workers splintering from the union have said, "While we appreciate our union's efforts on our behalf, we strongly believe that Disney has taken the necessary safety precautions for a phase one reopening," according to the Wall Street Journal report.