Again, the Nasdaq lagged behind the Dow and S&P 500.

Special-purpose acquisition companies have taken the spotlight lately, and today, Bill Ackman and his Pershing Square hedge fund did an initial public offering of his SPAC. Meanwhile, earnings season continued, and both HCA Healthcare (HCA -1.19%) and Best Buy (BBY -3.50%) made shareholders happy with their respective results.

The Ackman SPAC, dubbed Pershing Square Tontine Holdings (NYSE: PSTH.U), came public and began trading Wednesday morning. The company offered IPO investors 200 million shares at $20 per share. Those who got in on the IPO were immediately rewarded, as the shares opened on the secondary market at $21.10 and have traded up as much as 8% on the day.

The SPAC units consist of a regular share of Pershing Square-Tontine stock and fractional interests in couple of different warrants. Each unit gives investors the right to buy one-ninth of a share of stock at $23 per share, with no conditions on the conversion. It also provides a separate right to buy two-ninths of a share, also at $23, but only if the investor holds the warrant through an eventual merger with a target company.

Ackman had originally sought to raise only $3 billion, but with so much interest in SPACs, Pershing Square-Tontine boosted the size of the offering. Institutional investors will also retain the right to invest another $1.5 billion of their own money to participate further in the SPAC.

Now, it's up to Ackman and his team to find a suitable candidate for a later merger. Already, investors are betting he'll find a good pick, and they're willing to pay up for the chance to invest alongside the well-known activist.

Elsewhere, earnings results had a positive impact on several companies. Shares of HCA Healthcare were up more than 12% after it announced favorable second-quarter results, reversing the company's disappointment earlier in the year. HCA's sales results looked somewhat scary on their face, with revenue falling 12% from year-earlier levels. However, thanks largely to government stimulus money, net income for the quarter soared 38% year over year to almost $1.08 billion. Even with comparable-facility admissions falling 13% to 20% and emergency room visits plunging 33%, HCA said that patient volumes gradually improved in May and June as states allowed more elective procedures and visits to take place. 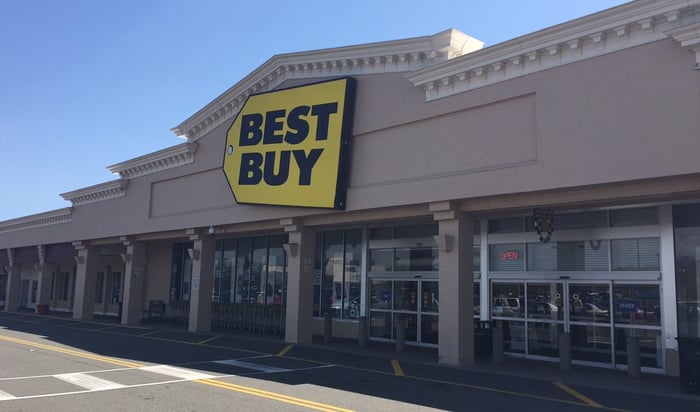 In retail, Best Buy picked up 8%. The electronics big-box retailer didn't formally announce its quarterly results, but it did offer an early look at how the company is doing. Revenue for the quarter thus far is up about 2.5% from last year's levels, marking a big turnaround in Best Buy's fortunes. Since stores reopened, Best Buy has enjoyed about a 15% jump in sales. That indicates that there was pent-up demand among shoppers that finally got released when states started to reopen for business. Moreover, online sales have soared, rising 255% in the quarter to date and still nearly tripling from year-ago levels even during the period in which Best Buy started reopening stores.

Healthcare and retail still have plenty of obstacles ahead, and a full recovery will take time. Nevertheless, investors are pleased to see signs that things will get better eventually. That could help other stocks in the future as well.

How Consumer Discretionary Stocks Are Holding Back the S&P 500