Please ensure Javascript is enabled for purposes of website accessibility
Log In Help Join The Motley Fool
Free Article Join Over 1 Million Premium Members And Get More In-Depth Stock Guidance and Research
By Dave Kovaleski – Jul 22, 2020 at 11:57AM

Truist Financial has some key differentiators that make it worth watching.

Truist Financial (TFC -1.03%), the sixth-largest bank in the U.S., formed last December from the merger of SunTrust and BB&T. With $504 billion in assets as of June 30, it is among the largest regional banks in the country. While all banks are facing headwinds during the coronavirus-sparked recession, Truist has some key differentiators that should help it outperform its peers.

Those differentiators began to emerge in the second quarter as the company posted solid earnings, and they should drive earnings growth through the recession.

When it posted earnings on July 16, Truist said it saw quarterly net income rise 7.1% to $901 million, compared to the same period a year ago. Diluted earnings per share were down 38% to $0.67 per share, in part due to $209 million of merger-related and restructuring charges, $129 million in operating expenses related to the merger, and $235 million in losses from extinguishing long-term debt early. The bank also had $884 million allocated for the provision of potential credit losses, up from $172 million a year ago. 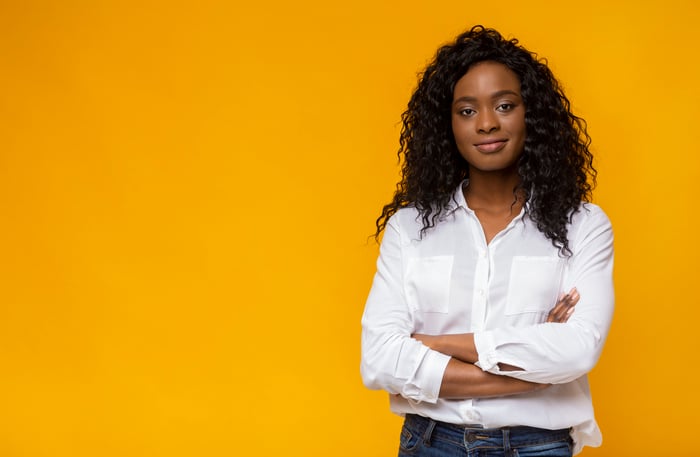 Overall, it was a strong quarter with net interest income, excluding the provision of credit losses, of $3.4 billion, up from $1.7 billion a year ago. A more apt comparison may be from the first quarter of 2020 when net interest income was $3.6 billion.

What will help Truist is its substantial percentage of non-interest income. In the second quarter, it generated about $2.4 million in non-interest income, which represents about 40% of the total income. "We feel good about our fee income and robust capital markets activity. Residential mortgage was fantastic. Our insurance brokerage operation, which really, really is important in times like these, had a record quarter," Kelly King, chairman and CEO, said on the second-quarter earnings call.

The insurance brokerage group generated $581 million in the quarter -- up 2.7% from the second quarter of 2019. The residential mortgage business had $341 million in income, up from $91 million a year ago, while investment banking and trading saw income of $274 million, up from $48 million. Wealth management income was also up 68% to $289 million. These various non-interest revenue streams will help Truist navigate the choppy waters during this period of low interest rates and economic recession. This will give it an advantage over other regional banks.

While merger-related costs have been a drag on earnings, that will begin to turn once the company realizes its expected expense reductions from the merger. The bank anticipates a $1.6 billion overall expense reduction by 2022 through merging various technology systems, eliminating duplicative positions, reducing spend on third-party vendors where there is overlap, and decreasing the size of the real estate footprint. That plan is ahead of schedule, CFO Daryl Bible explained on the earnings call.

"We identified areas where cost savings can be accelerated, including personnel expense, corporate real estate and third-party spend. We now believe we can accomplish 40% of the $1.6 billion in net cost saves by the fourth quarter this year, up from 30% we previously shared," Bible said.

As these synergies continue, expenses will come down, which will help drive earnings during a period when revenue will be challenged. The goal is to reduce the efficiency ratio to the low 50% range, said King. Currently, on an adjusted basis, it's at 55.8%.

So, while the stock's performance might not look great right now, (down 35% year to date), it has climbed steadily from its March lows and should start to outperform its rivals. It's definitely a stock to consider in uncertain times.