It wobbled, but didn't fall down.

Up one day and down the next, the stock-market performance of space-tourism company Virgin Galactic (SPCE 2.60%) might be described by some as like a roller coaster, and by others as a yo-yo. (After dropping 4.5% over the weekend, for example, Virgin Galactic stock lurched back upright on Tuesday, and as of 3:40 p.m. EDT, it's up another 3.4% today.)

Personally, I suspect investors can depend upon Virgin Galactic to perform mostly like a wobbling toy -- for the next couple weeks certainly, and probably for a few more months after that. 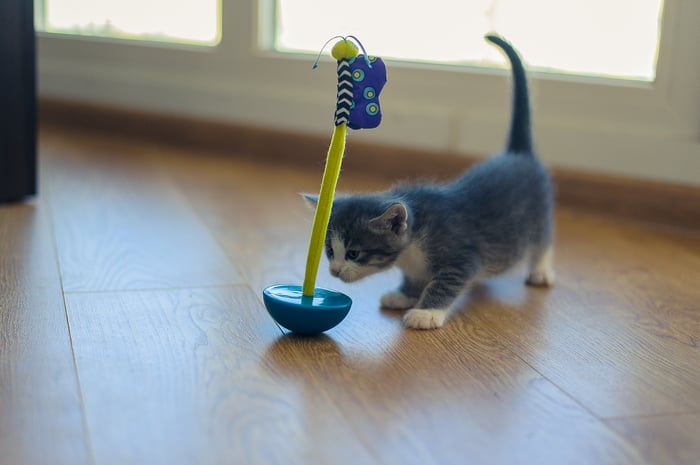 After all, it's not like Virgin Galactic had any news to report on Monday. Or on Tuesday. Or today either, for that matter. Yet the stock still manages to find a way to wobble down or up on any given day, pretty consistently.

Mind you, there will be some news coming down the pike in a couple of weeks, with Virgin Galactic scheduled to report earnings on Aug. 3. But even then, the news probably isn't going to have a whole lot of import. Until Virgin Galactic succeeds in launching its first spaceship with paying passengers on-board, its revenue is going to continue rounding down to zero, and it will naturally continue losing money while it preps for that first commercial flight.

Even hearing Virgin Galactic confirm that in its earnings report won't really be "news," seeing as we all already expect it.

So how should an investor play Virgin Galactic stock in the absence of real news to trade on? "Patiently," is my advice.

On any given day, you can expect this stock to go either down or up, but you shouldn't expect a reason for it. My advice would be to not get too excited over the up days, nor too despondent when the stock goes down. Until something truly significant happens with this business -- a rocket launch with paying passengers aboard, which will go either well or badly -- its stock will continue to wobble, but it won't stay down.