Fintech giant Square (NYSE:SQ) has been one of the best-performing stocks in the market recently, gaining more than 50% since the beginning of June. However, it isn't exactly having a great day on Thursday. As of 3 p.m. EDT, Square was down by about 5% on the day.

Some of Square's decline on Thursday can be attributed to general market weakness. The latest unemployment claims data was released this morning and came in significantly higher than expected, and we haven't seen any concrete signs of progress when it comes to the highly anticipated stimulus bill that is currently being negotiated. As a result, the S&P 500 was down by 1.3% and most other major stock indices were lower as well. 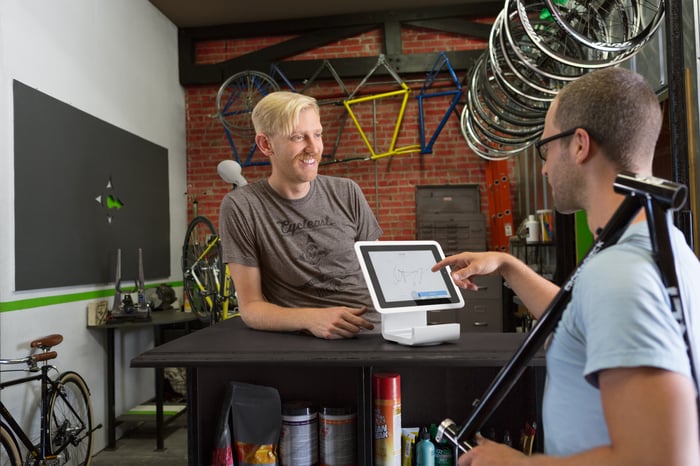 Additionally, an analyst from Bank of America (NYSE:BAC) released a note saying that Square's massive rally over the past couple months is difficult to make sense of, especially since there have been no fundamental changes to Square's business in recent months. In fact, the analyst says that there could be trouble ahead as the worst of the pandemic may still be coming for small businesses.

It remains to be seen whether Square's recent rally is truly justified, but it's not terribly surprising to see a bit of a pullback after the massive gain in Square's stock price over the past few months. With the company due to report second quarter earnings on Aug. 5, we'll get some more color soon on just how badly the pandemic could be (or could not be) affecting Square's business.