Southwest Airlines (NYSE:LUV) reported a net loss of $915 million for its second quarter, helped by proceeds from the Payroll Support Program under the CARES Act. Excluding that benefit, as well as an accrual for payments related to voluntary employee separation agreements and other minor items, the airline lost $1.5 billion for the quarter.

Southwest said its operating revenue of $1 billion was down 82.9% compared to the second quarter of 2019. The company ended its quarter with $15.5 billion in liquidity, which it said is "well in excess of debt outstanding." 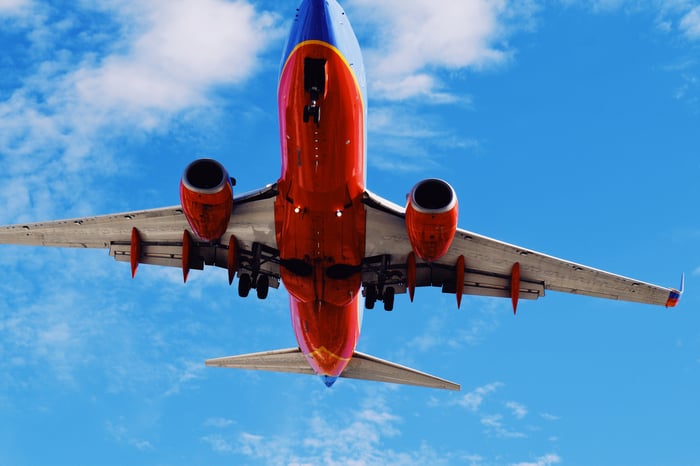 Southwest commented that it expects demand to remain depressed "until a vaccine or therapeutics are available to combat the infection and spread of COVID-19." The airline said it would "aggressively and frequently" adjust its flight schedule as needed.

The company is trying to support demand by making the customer experience more comfortable in the current environment. It added cleaning practices and safety protocols for both passengers and crew. It also has committed to limit seating capacity on its planes through at least October 2020, to allow for empty middle seats to help achieve physical distancing.