The LNG production and storage equipment maker delivered improved results during a brutal economic environment in the second quarter.

Shares of Chart Industries (GTLS 0.56%) are up 12.5% at 1:59 p.m. EDT on July 23, following the company's second-quarter earnings release before market open today. The company, which manufactures and services cryogenic gas-processing equipment for multiple industries, beat expectations for sales and adjusted earnings.

It wasn't just an expectations-beating quarter for Chart. The company, which counts on the oil and gas industry for a large portion of its business, has faced enormous uncertainty following the collapse that's resulted in dozens of bankruptcies and could result in nearly $2 trillion in losses for the oil and gas industry this year. Yet even with the overhang of the worst crisis in decades, Chart's $310.4 million in sales and $0.57 earnings per share were both higher than last year. 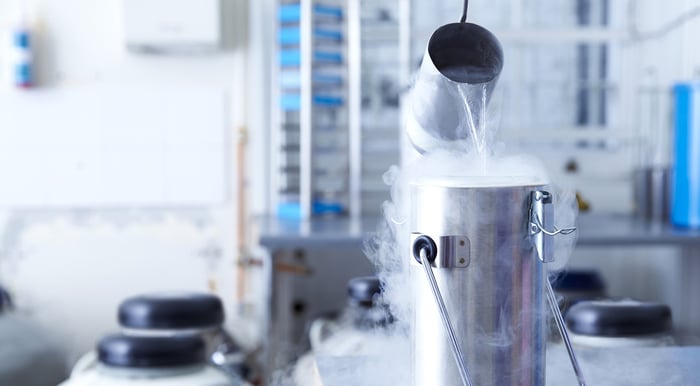 Chart also announced substantial progress on the restructuring it began earlier this year, saying that the actions it has taken so far this year will save it $44.7 million in 2020 and $64 million per year going forward. As a result, a gross margin of 30.3% (adjusted for one-time expenses related to above restructuring) was up 310 basis points from last year and 130 basis points better than the first quarter.

The global LNG industry has been negatively impacted by the ongoing coronavirus pandemic, with energy demand falling, and the massive oil crash wiping out the profits that many companies were going to use to fund LNG export and import facilities. For Chart, that will mean a delay in many of the big LNG projects it had been awarded large orders for.

But there's still substantial demand that the company is capitalizing on. Chart reported $267.6 million in orders in the second quarter, with orders for medical oxygen-related equipment up 24% sequentially due to the coronavirus pandemic, along with surprisingly resilient demand for smaller-scale LNG processing and storage, including over-the-road trucking fuel tanks and LNG fueling stations.

As a result of the steady demand and diversity of its business beyond large-scale LNG, as well as the big payoff of its restructuring, Chart management now expects a solid 2020. Full-year revenue is expected to fall between $1.3 billion and $1.4 billion, compared to $1.3 billion last year, and adjusted earnings between $3.00 and $3.50 per share, much higher than last year's $1.32 per share in generally accepted accounting principles (GAAP) earnings.