Please ensure Javascript is enabled for purposes of website accessibility
Log In Help Join The Motley Fool
Free Article Join Over 1 Million Premium Members And Get More In-Depth Stock Guidance and Research
By Jeremy Bowman – Jul 23, 2020 at 8:00AM

The edge-computing specialist jumped nearly 900% in a few months. Are there more gains in store for the high-flying stock?

Gaining 868% in less than four months will get you some attention on Wall Street, and that's exactly what happened to Fastly (FSLY 2.00%).

Shares of the edge-computing specialist have skyrocketed as the company's services, which help to accelerate webpage load times, have been in high demand during the pandemic with so many people working from home and connecting online through videoconferencing and other tools.

So why is everybody talking about Fastly stock? The short answer is the stock's monster run over the past few months, jumping nearly ten times from the bottom to the top. For the longer answer, keep reading below, but first let's get to know Fastly a little better. 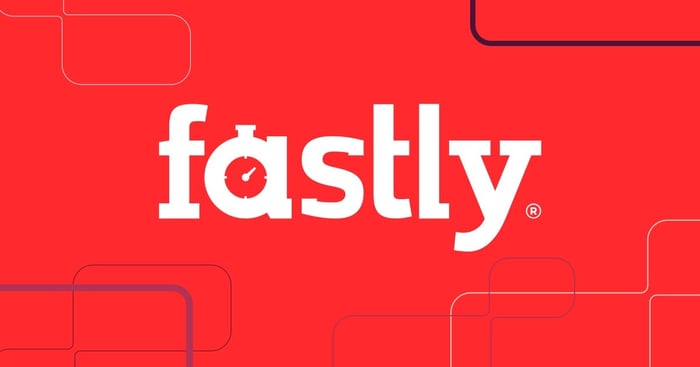 Founded in 2017, Fastly operates in a new category of cloud-based infrastructure-as-a-service known as the edge cloud. The company provides the services of a content delivery network (CDN) like legacy competitors such as Limelight Networks and Akamai in addition to tools like web firewalls and bot detection.

The company moves computing services closer to the end user to save connection time, serving customers like video streamers, digital publishers, educational institutions, and gaming platforms, which pay according to their usage of Fastly's platform.

Since its 2017 IPO, the company has posted a strong dollar-based net expansion rate (DBNER), a key metric in cloud stocks that shows how much existing customers are growing their spending. Last year, Fastly's DBNER was 135.5%, showing that revenue excluding new customers increased 35.5%. That's a sign that customers are satisfied with the service and are increasing their usage significantly each year. Revenue last year jumped 38.7% to $200.5 million. The company raised its guidance for 2020 in the first-quarter report due to higher internet usage, from a $265 million to $275 million range to a $280 million to $290 million one, or a growth rate of 40% to 45%, and also called for a slimmer loss than expected. That guidance hike and better-than-expected first-quarter results helped launch the stock's recent gains.

In a recent prospectus that accompanies a secondary stock offering, Fastly said that third-party sources had called for a 15.3% compound annual growth rate in its industry from $23.1 billion in 2019 to $35.4 billion in 2023. However, with the effects of the pandemic, that expected growth rate may now be significantly higher. Additionally, the size of the market shows the opportunity for growth that Fastly has simply by taking market share, as its revenue currently makes up just 1% of the total addressable market above.

The technologies that Fastly caters to, like video streaming, online gaming, and e-commerce, are all getting a jolt from the pandemic, but these industries were all growing briskly before the crisis as well, and that growth should continue over the long term. CEO Joshua Bixby discussed this on the first-quarter earnings call, saying:

"The other and I think more important phenomenon that you're seeing here is actually the phenomenon of the acceleration of digital transformation. So what you're actually seeing is customers that normally maybe would have stayed with the incumbent, stayed in a pre-modern world and antique world actually are taking the opportunity that change presents to really bring out the -- to really enact this form of digital transformation."

In other words, the pandemic is giving Fastly a unique opportunity to attract new customers, and those customers are likely to stick with it even after the crisis, though whether usage remains at these elevated levels is a fair question.

Is Fastly a buy?

Since the stock peaked on July 9, it's gotten hit by a pair of high-profile analyst downgrades from Citigroup and Bank of America, which questioned the company's valuation at the current level and if it will sustain its current usage levels after the pandemic. The stock is down nearly 20% from its peak.

Indeed, Fastly has gotten pricey, as the stock is more than triple where it was before the pandemic. Based on this year's expected revenue, it trades at a price-to-sales ratio of 30, and analysts expect modest losses through next year.

While its long-term prospects look promising, the price may have gotten pumped up too high after a surge of momentum in June, and patient investors could be rewarded with a pullback. Keep an eye on Fastly as the pandemic evolves to see if it can hold its recent gains, as the stock could fall significantly if the market pulls back again.