Please ensure Javascript is enabled for purposes of website accessibility
Log In Help Join The Motley Fool
Free Article Join Over 1 Million Premium Members And Get More In-Depth Stock Guidance and Research
By Keith Speights - Jul 24, 2020 at 11:42AM

It wasn't the online health insurance provider's Q2 results or its full-year guidance.

Shares of eHealth (EHTH -6.76%) were crashing 28.9% lower as of 11:31 a.m. on Friday. The company reported its second-quarter results after the market closed on Thursday. Its numbers looked great, though. So why did eHealth stock plunge today?

Perhaps the most likely reason is that investors are concerned about the online health insurance provider's churn rate -- a measure of how many customers leave to shop elsewhere. A few minutes into eHealth's Q2 conference call on Thursday, CEO Scott Flanders stated that the company "saw increased levels of Medicare Advantage plan churn compared to our historical observations." Analysts on the call quickly jumped on this statement, with much of the ensuing question-and-answer period related to eHealth's churn. 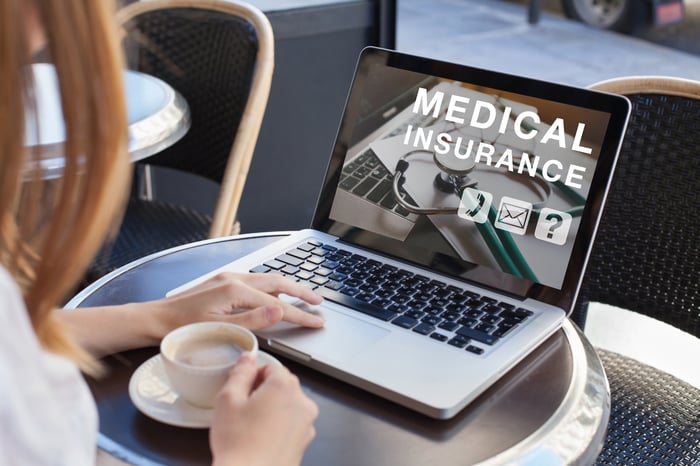 Investors would be right to worry if eHealth's churn rate is soaring and the company isn't able to address it. Such a trend would indicate significant underlying problems for the business.

However, Flanders said that the company "took action as soon as we identified this dynamic and moved retention initiatives that were already in the works to the top of our strategic and operational priorities." He added, "We are working with urgency to address churn and are confident that we are taking the right actions to build on our strengths and market-leading position."

Some might not buy this confidence. But eHealth appears to be taking the churn issue seriously. At the same time, the company doesn't seem to be overly worried that it won't be able to fix the problem. eHealth increased its full-year 2020 outlook for revenue and earnings and provided an optimistic update to its five-year plan.

eHealth now must convince investors that its strategy and ability to execute remain strong. In the meantime, it's likely that the healthcare stock will be highly volatile -- just as it has been throughout 2020.