COVID-19 has caused great upheaval in the global economy, but consumption of digital data has accelerated during the crisis. More than ever before, access to the world wide web is a basic staple that businesses and consumers alike can't do without. It's thus no surprise that there's a great deal of hype regarding 5G mobile networks and the new capabilities they could open up for internet connectivity in the decade ahead.

During the worst of the economic lockdown, mobile network providers AT&T (NYSE:T) and Verizon (NYSE:VZ) yielded a mixed bag of results -- although their mobile segments remained resilient -- but connectivity chip maker Skyworks Solutions (NASDAQ:SWKS) reported better-than-expected revenue during the period. All three had some updates regarding 5G and what investors can expect next.

Mobile networks: 5G is here, but for a premium

First up is AT&T, which is a bit of a mess at the moment after its ill-advised purchase of entertainment and cable conglomerate Time Warner a couple of years ago. Movie theaters remain mostly closed, and the release of blockbuster hopeful Tenet was again delayed (this time indefinitely). The TV streaming wars are also heating up, which will make the successful launch of HBO Max a difficult but crucial task to achieve. Revenue in the second quarter of 2020 fell 9% to $41 billion, driven by declines in the media and entertainment business as well as more cable TV cord cutting (net subscriber loss of 886,000 for a total of 17.7 million at quarter-end).

Nevertheless, AT&T's mobility segment was solid. Service revenues were stable with just a 1% year-over-year decline (lower international roaming was blamed), and AT&T Fiber high-speed internet added net 225,000 subscribers. Additionally, to gear up for its 5G push, $1 billion in new wireless spectrum was purchased during the period, and simultaneously with the earnings release, AT&T announced its national 5G network is now live. Customers who are subscribed to an unlimited data plan will get 5G access included starting on Aug. 7, which could help spur on plan upgrades. 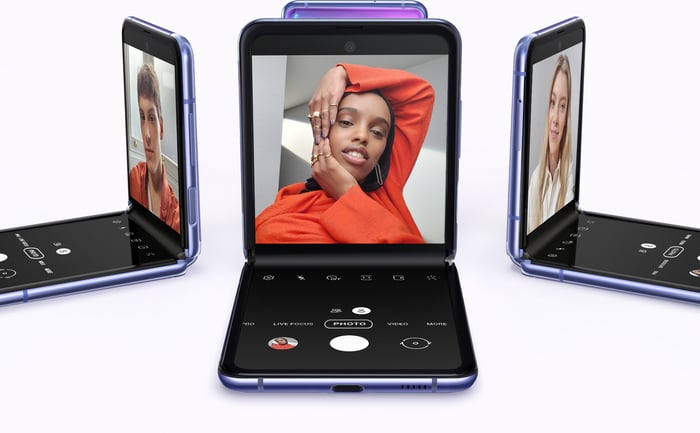 Verizon, meanwhile, fared a bit better with only a 5% year-over-year decline in revenue. A steep drop in phone and other equipment purchases and lower advertising from Verizon Media (the old AOL and Yahoo! assets) were the cause. However, wireless service revenue was mostly stable, much like AT&T reported, and benefited from 199,000 net new postpaid phone connections.

However, the big news here is that Verizon reported it has spent $9.9 billion in capital expenditures so far in 2020, as it deploys 5G network antennas and densifies its fiber optic network (which is crucial to the long-term growth of 5G, as the wireless network is built on fiber). Even still, free cash flow (revenue less cash operating and capital expenses) increased 74% to $13.7 billion during the first half of the year. As a reminder, Verizon is taking a different approach to 5G. Rather than focusing on longer-range signals like AT&T, Verizon is deploying short-range but higher-speed millimeter wave small cell towers -- which deliver internet speeds close to or on par with fiber optic and are especially targeting mobile for business use.

The steady rollout of 5G bodes well for AT&T and Verizon and supports both companies' lucrative dividend payouts (yielding 7% and 4.4%, respectively). Service revenues should continue a slow and steady upward advance as subscribers upgrade data plans to hook up to the new network, and a requisite new phone with a 5G connectivity chip in it (like Samsung's premium-priced Galaxy 5G lineup) should help hardware sales at both mobile networks make a rebound in the next two years.

That's where Skyworks Solutions comes in. The company still relies on Apple (NASDAQ:AAPL) for half of its revenue and got a black eye when Chinese tech giant Huawei got blacklisted in the U.S. in 2019 during the trade war, but the connectivity semiconductor outfit is making a turnaround. Revenues came in $50 million higher than the outlook provided a few months ago to $737 million (down 4% from last year). And the coming 5G phone upgrade cycle bodes especially well for Skyworks.

An iPhone 5G model would be a big help due to the company's outsized reliance on Apple, but Skyworks has scored design wins with other phone manufacturers as well -- including Samsung, Motorola, and a number of Chinese phone makers. The company's 5G portfolio is also expanding with other chips designed for cars and connected industrial equipment. Skyworks remains debt-free, and cash and equivalents on hand at the end of the quarter grew to $1.16 billion. Wireless service providers like AT&T and Verizon are making good progress with their next-gen network ambitions, but Skyworks Solutions remains one of my top picks for the development of 5G after the last quarter's report card.