A decade is a long time to hold a company's stock in your portfolio. However, adhering to a buy-and-hold approach is usually a good path to take, leading to greater wealth than trading stocks frequently. The key is to look for long-term winners, of course. However, this is obviously easier said than done.

The below stocks have proven long-term track records, and they have made investors a lot of money throughout the years. Better still, with more opportunity for growth, the following three companies are not out of steam, either. 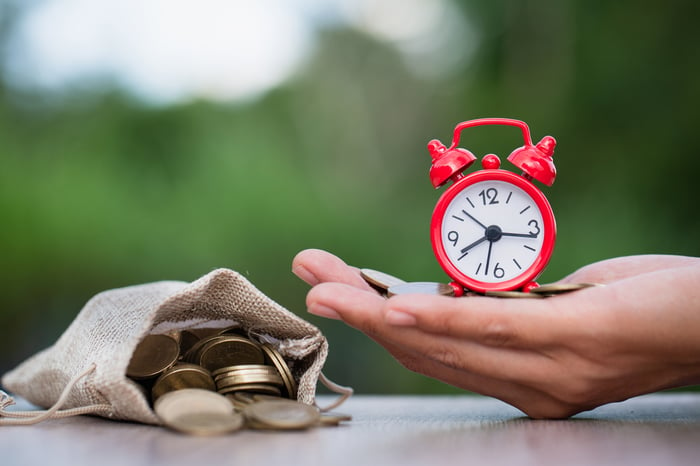 Obviously, Amazon (AMZN -1.90%) has had tremendous success since its founding in 1994. It sells just about everything you can think of on its website. Meanwhile, its Amazon Prime subscription service, which charges an annual fee, gives people free shipping on many items and a streaming service. This grew to over 150 million members as of the start of this year.

How successful is Amazon? It is so dominant, that there is the "Amazon Effect," which refers to the challenges retailers face in competing with the online company due to its low prices, fast delivery, and easy return process.

It has a leading share of the U.S. e-commerce market, which eMarketer estimated at 37%, although others have pegged it higher. Not only does Amazon have the largest market share, but online sales have been growing faster than the overall retail industry. That is certainly a good combination that will continue propelling sales and earnings higher.

It's also more than just an online retailer. There are hardware devices, like the Kindle and Alexa, and a leading cloud platform.

Dollar General (DG -0.78%) has built an enviable track record. The retailer has had positive same-store sales (comps) for 30 straight years, a remarkable achievement.

The focus on providing value (it prices most products at $10 or below) to its customers is clearly working in a variety of economic environments.

Not only are the items affordable, but people need many of the goods it sells no matter how the economy is doing. These are things like paper towels, trash bags, soap, and cereal.

There is room for growth, too. Seeking small towns with populations less than 20,000, it continues to open new stores. Last year, it opened 975 new stores, bringing the total to over 16,000.

In the first quarter, Dollar General launched 250 new stores, and COVID-19 is not halting management's plan to add another 750 this year.

With strong sales and earnings growth, the company generates a healthy amount of free cash flow. Last year, Dollar General's operating cash flow was $2.2 billion, and its capital expenditures were $785 million. This meant there was plenty of free cash flow to pay the $328 million of dividends. It has raised the dividend annually since its first payment in 2015, most recently in April when the board of directors instituted a 12.5% increase from $0.32 to $0.36.

Home Depot's (HD -1.29%) results are economically sensitive, but since your time frame is a decade, your portfolio can withstand any short-term blip in earnings. Over time, results will show improvement and you will have earned an attractive return between the price appreciation and dividends.

The home-improvement retailer last reported negative comps in fiscal 2009 during the previous recession. Right now, the company is doing well, with a 6.4% increase in first-quarter comps, despite its efforts to limit store traffic due to the pandemic. But, since we are now in another downturn, Home Depot will likely feel the effect on its sales and earnings if the housing market slows and job losses lead people to put off projects.

However, the company has rebounded strongly in the past, and there's no reason to think that won't happen again. Once the economy gets moving again and jobs return, there is pent-up demand for home-improvement projects. In just the last five years, earnings per share have nearly doubled from $5.46 to $10.25, a 13% compounded annual growth rate (CAGR).

With increased earnings and cash flow, Home Depot has raised its dividend every year since 2010. This includes earlier this year, when the board of directors hiked the quarterly payout from $1.36 to $1.50.

Since the company generated over $11 billion in free cash flow last year, this easily covered the $6 billion of dividends.

These three companies have consistently produced strong results for a long time. More importantly, the future bodes well for them, making the next decade a promising one that should handsomely reward shareholders.