However, the seed that IBM planted in the cloud continues to grow at a rapid pace. Rather than a new beginning, IBM's latest earnings report more likely shows an acceleration of its transformation into a cloud company. 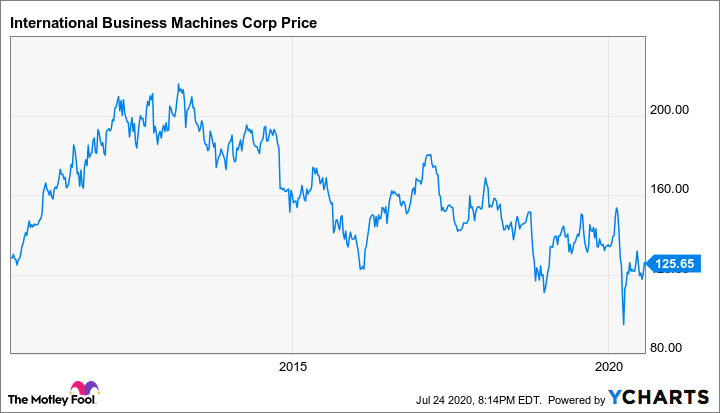 Where the company now stands

IBM earned $2.18 per share in the second quarter, excluding special items, coming in $0.09 per share ahead of analyst estimates. However, it fell short of year-ago levels, when the company earned an adjusted profit of $3.17 per share.

The Armonk, New York-based technology giant added that it brought in $18.1 billion in revenue, $400 million ahead of analyst estimates. This includes $6.3 billion in cloud revenue: a 30% increase from the same quarter last year. Nonetheless, total revenue fell relative to the $19.16 billion IBM generated in the second quarter of 2019.

Krishna had worked to make IBM a cloud company even before he became CEO. He played an instrumental role in IBM's $34 billion acquisition of Red Hat in July 2019.

This was arguably an "all-in" move into the cloud. Buying Red Hat increased IBM's debt to $73 billion by the middle of 2019. This was a concerning level of liability, considering that the company had just over $17.6 billion in stockholders' equity: the amount left after subtracting liabilities from total assets.

So far, the gamble appears to have worked. Debt remains high at about $64.7 billion. However, stockholders' equity has risen to nearly $20.6 billion. Moreover, Red Hat's revenue increased by 17% year over year last quarter.

Krishna has also moved to make more cloud-related acquisitions in recent months. IBM announced its intent to acquire Spanugo in June to enhance its security and cloud compliance capabilities. It also agreed to buy WDG Automation to improve AI functionality. The company expects the WDG Automation deal to close sometime in the current quarter. 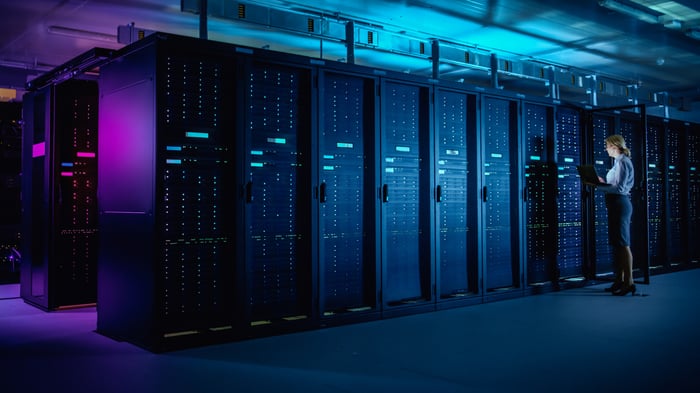 Krishna assumed the CEO position at the height of the COVID-19 pandemic. Both Krishna and CFO Jim Kavanaugh pointed to the struggles and the uncertainties associated with conducting business during this contagion. Like last quarter, IBM declined to give forward guidance due to the uncertainty.

Both Krishna and Kavanaugh also addressed underperformance in some of IBM's businesses. In the most recent quarter, three of the company's five divisions experienced a revenue decline. They explained that while digital transitions remain a priority, project delays and a lack of client willingness to make new commitments reduced revenue. Hence, investors will have to be patient as the company works through the pandemic and longer-term changes.

Furthermore, IBM is a comparatively late entrant into the cloud business. Amazon remains the leader in this industry, while Microsoft has become the No. 2 cloud company. Microsoft elevated Satya Nadella, the former head of that company's cloud division, to the CEO position in 2014. Nadella pivoted the company toward cloud computing, and Microsoft stock has more than quadrupled during his tenure.

Where IBM can go

Regardless of how far IBM goes in the cloud, its transformation remains a work in progress. The COVID-19 pandemic highlighted its challenges, as revenue continued declining. Three of its five divisions are struggling, and in time, the company will have to address their lagging performance.

However, by buying Red Hat, Krishna hastened IBM's move into the cloud even before he became CEO. The cloud industry is still growing quickly and appears to have room for players such as IBM. Moreover, a 30% increase in cloud revenue last quarter indicates that the company's all-in bet on the cloud has paid off so far.

IBM's transformation may resemble Microsoft's transition to the cloud. As this metamorphosis continues, IBM could again become one of the most respected names in the tech industry.