Yes, Martha Stewart's CBD products will be available on the site.

Canopy Growth (CGC -7.01%) has pushed into the virtual cannabidiol (CBD) retail space in a big way. The company announced Monday that its online CBD outlet, ShopCanopy.com, is now open for business.

Although Canopy Growth is headquartered in Canada, ShopCanopy.com specifically targets the U.S. market. In the U.S., CBD oil -- which is derived from hemp -- is fully legal at the federal level, as opposed to marijuana.

The site features Canopy Growth's rather extensive selection of CBD products, in addition to those of other brands such as This Works and BioSteel. More prominently, it will also offer home-skills guru Martha Stewart's upcoming line of CBD goods. Stewart was hired as an advisor by the company last year. 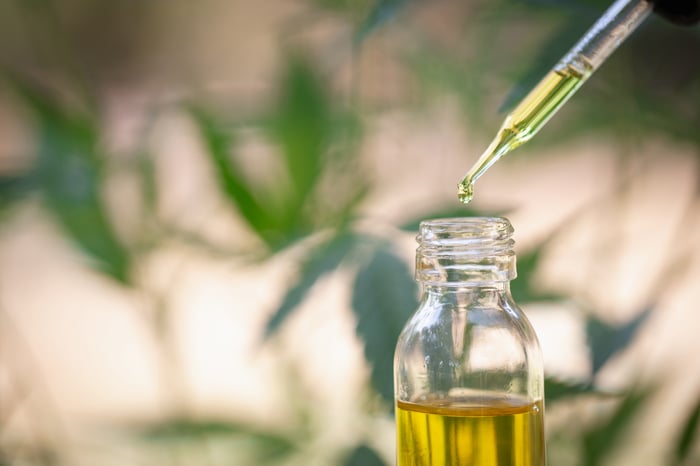 As with numerous brick-and-mortar dispensaries and CBD stores, one corner of ShopCanopy.com is devoted to providing educational resources for customers. These comprise a big set of frequently asked questions, blog posts, and other media on the substance, which is presumed to have medicinal properties.

CBD products were effectively legalized in Dec. 2018 when the Farm Bill was passed into law. As part of a sweeping set of measures aimed at supporting U.S. agriculture, the legislation sanctioned the cultivation and sale of hemp.

On Monday, Canopy Growth -- a top marijuana stock -- wafted nearly 3% higher, easily beating the gains of the top-share indexes on the day.