Gap (NYSE:GPS) announced today its Old Navy brand is partnering with media and lifestyle company PopSugar to launch a line of clothes for tweens called PS x ON.

Kohl's (NYSE:KSS) also sought access to PopSugar's data and analytics through a clothing partnership in a bid to tap into the millennial demographic, but it wasn't very successful. The retailer killed the line in the first quarter because of "downtrending sales." Gap's betting tween influencers will make a difference. 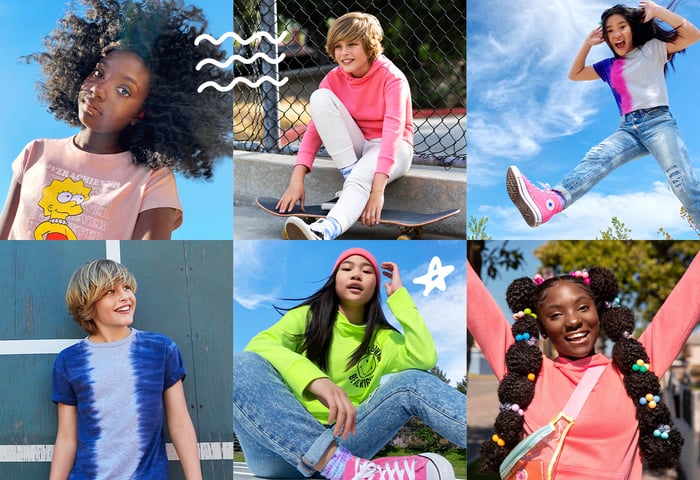 Gap highlighted the diversity of its tween advisors who are active in social justice causes. Old Navy's senior vice president and general manager of merchandising Andres Dorronsoro said in a statement, "We saw an opportunity in the tween market and were immediately inspired by this next generation that is inclusive, culturally conscious, and not afraid to stand up for what they believe in."

The PS x ON clothing line collection will feature 25 articles of athleisure styling, such as hoodie and jogger fleece hook-ups that can be worn across genders.

Gap is desperately trying to save the business from collapse, signing a deal with global licensing firm IMG to expand into into home decor, textiles, and baby gear; partnering with Kanye West to bring the rapper's Yeezy clothing line into its stores; and starting a new b2b face mask business, in addition to this latest partnership.

Gap has failed to produce a single instance of same-store sales growth at any of its brands for the last five quarters, though it recently said reopened stores have recaptured 70% of last year's sales. That's a pretty low hurdle to get over, considering the decline it's suffered even before the pandemic, and tween threads may not awaken the Old Navy chain.