Please ensure Javascript is enabled for purposes of website accessibility
Log In Help Join The Motley Fool
Free Article Join Over 1 Million Premium Members And Get More In-Depth Stock Guidance and Research
By Will Healy - Jul 27, 2020 at 11:30AM

This computer chip manufacturer affirms its strengths even amid declining revenue attributed to COVID-19.

Texas Instruments (TXN -0.58%) beat reduced revenue and earnings estimates in its second-quarter report on July 21. COVID-19 has put a dent in performance for the Dallas-based chip giant like it has most semiconductor stocks.

However, TI boasts approximately 100,000 customers and serves multiple sectors of the economy. It has also maintained dividend hikes before, even during difficult economic times. Such attributes show that Texas Instruments stock should not only weather this economic storm, but it should also deliver returns and increased payouts as the economy recovers.

Like most companies, TI suffered a detrimental effect due to COVID-19. The company blamed lower revenue on the automotive market, which made up about 21% of TI's revenue as of last year. According to TI, analog and embedded processing revenue, both of which fell, logged growth when excluding automotive revenue. 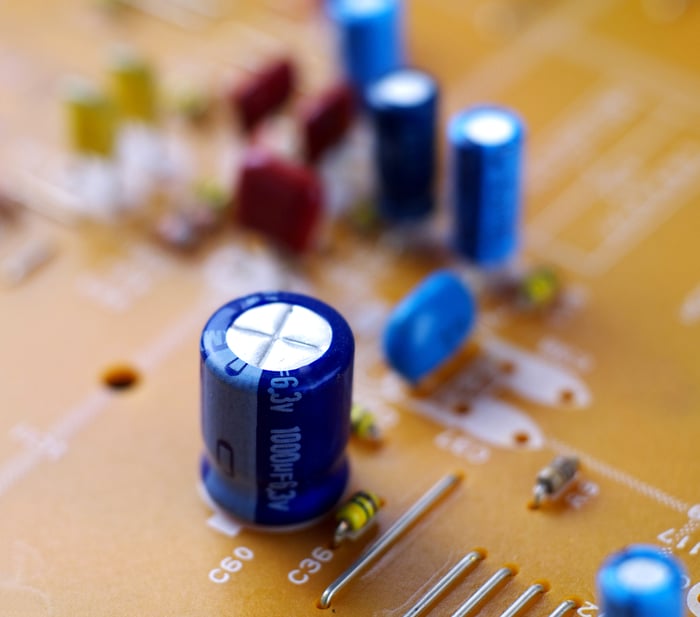 TI stock sold off following Tuesday's earnings announcement, falling back by just over 2% in Wednesday trading. However, despite this setback, Texas Instruments remains in solid shape.

TI still managed to log $1.59 billion in free cash flow. Trailing-12-month cash flow fell by only around 4% despite the effects of the virus. This left the company easily able to cover its dividend, which accounted for $823 million in the previous quarter.

The case for the TI dividend

The company currently pays its stockholders a dividend of $3.60 per share annually. This amounts to a yield of just over 2.7%, well above the S&P 500 average of about 1.8%. That comes in far ahead of direct competitors like Analog Devices and closely matches the yield Maxim Integrated pays its shareholders.

Moreover, Texas Instruments has hiked its payout every year since 2004. The dividend has increased more than 40-fold since 2004 when TI paid its stockholders less than $0.09 per share.

The only concern with the dividend might involve the dividend payout ratio, or the percentage of net income paid out in dividends. For the year, analysts project earnings to fall to $4.11 per share, down from $5.24 per share in fiscal 2019.

Because of falling income, the forward-looking payout ratio now hovers around 88%, up from approximately 61% in fiscal 2019. Such a level is not sustainable. If this pace continues, it could end the 16-year streak of dividend hikes.

However, analysts project earnings will rise next year to $4.94 per share. This increase would relieve much of the pressure on the dividend. It could also allow for modest payout hikes as the dividend payout ratio falls back toward 2019 levels.

Texas Instruments may not draw as much attention as chip stocks outside of the analog sector. However, investors have taken notice of TI in recent years. Its forward P/E ratio of 32.1 comes in well above 21, which is the average forward multiple over the last five years. It also trades at a higher valuation than competitors such as Analog Devices and Maxim Integrated.

Knowing this, investors may wonder whether now is the time to open a position in TI stock. Indeed, it was a better buy-in opportunity in March, when TI stock fell as low as $93.09 per share, than it is now. 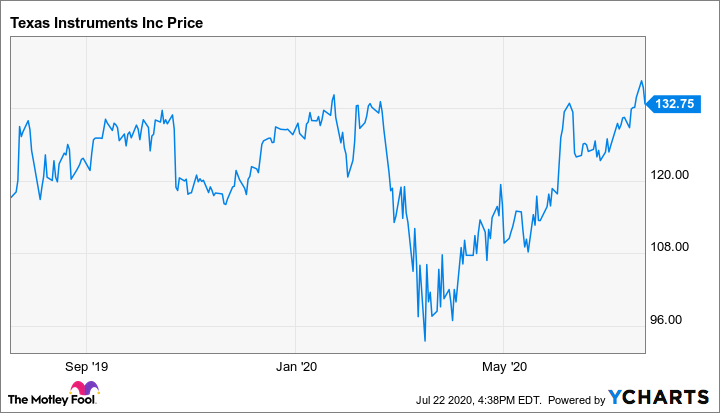 Nonetheless, the history of dividend growth and the current yield make it an attractive income play. Moreover, assuming profits recover as predicted, the streak of annual payout hikes should continue well beyond 16 years, meaning the company could reach Dividend Aristocrat status in less than a decade.

Furthermore, as mentioned before, the temporary spike in the payout ratio should begin to fall as profits recover. This also adds to the likelihood that payout hikes will continue despite the cost of the dividend.

TI stock is not cheap. However, with its income potential and resilience during tougher times, investors should look forward to both increasing dividends and a rising stock price as the economy recovers.