TikTok's "creators" are apparently being offered financial incentives to jump to Instagram's Reels.

Facebook (META 2.53%) is opening its wallet to lure talent to an upcoming video service. The Wall Street Journal reported Tuesday, citing "people familiar with the matter," that the tech company's Instagram photo sharing unit has made "lucrative" financial offers to TikTok video makers with high numbers of followers to defect to Reels -- Instagram's short video offering that is slated to debut in August.

The article did not specify how much in these bounties Facebook/Instagram is offering, nor how many "creators," in TikTok parlance, have been approached and accepted the offers. 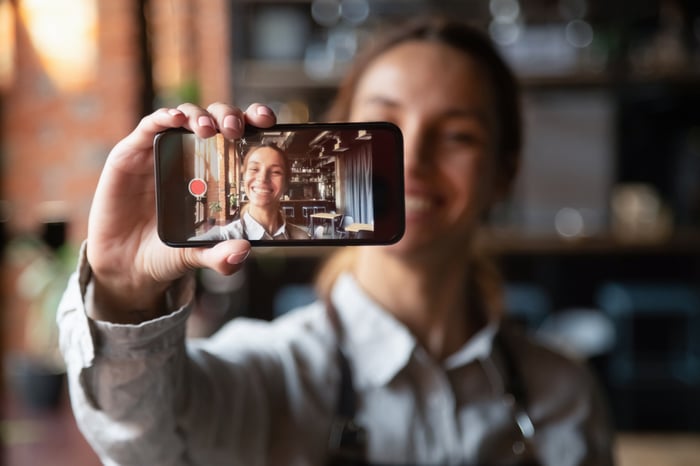 Facebook did admit to making overtures to popular TikTok users. The Journal quoted Instagram spokeswoman Sarissa Thrower as saying that her site has "approached a diverse range of creators about Reels in several of the countries where it's currently being tested. We remain committed to investing in both our creators and their experience."

Like other social media "influencers" -- such as high-profile Instagram users -- TikTok creators frequently receive offers from companies to feature products, songs, and other materials in their videos. Some companies devote significant capital to this relatively new and nontraditional form of advertising.

ByteDance, the China-based operator of TikTok, has not yet commented on the story. Last Thursday, TikTok announced a $200 million "Creator Fund" to reward certain users for their efforts in "creatively connecting with an audience that's inspired by their ideas."

"As our community continues to flourish, we're committed to fostering even more ways for our creators to earn livelihoods by inspiring joy and creativity," the company added.

On Tuesday, Facebook's stock fell by nearly 1.5%, a steeper decline than that experienced by the broader equities market.